The biggest Islamic party in Bangladesh said the government’s decision to strengthen the powers of a war crimes tribunal risked plunging the country into anarchy and vowed to enforce a nationwide strike.

Prime Minister Sheikh Hasina Wajed yesterday enabled the International Crimes Tribunal to punish any organization whose members carried out crimes during Bangladesh’s fight for independence. The move sparked reports the government was preparing to ban Jamaat-e-Islami, an extremist group which sided with Pakistan during the 1971 war and whose members account for nine of the dozen people facing the tribunal.

Previously judges could only put individuals on trial. In another change, prosecutors can now appeal any of the panel’s verdicts. The amendments came as protests continued in central Dhaka’s Shahbag Square to demand the death sentence for a senior Jamaat official sent to jail for life for his offenses.

The weekend amendments are a “plot to push the country into severe anarchy,” Rafiqul Islam Khan, acting secretary general of Jamaat, said in a statement yesterday published on the party’s website. The government is set on “gaining political revenge.”

As British colonial rule ended in South Asia in 1947, East and West Pakistan were separated by 2,000 kilometers (1,241 miles) of Indian territory. Pakistani troops in 1971 attempted to quell a nationalist uprising in the east that was triggered by the jailing of Hasina’s father, Sheikh Mujibur Rahman, who had led his Awami League to victory in elections. The war ended nine months later with the creation of Bangladesh after Indian forces helped defeat Pakistan’s army.

In a sign of the widespread anger the alleged mass murders, rapes and abductions four decades ago can still provoke, the Dhaka protest site has drawn bloggers, writers, singers, teachers, students, and the country’s cricket team over the last two weeks. Police say the gathering has at times swelled to 100,000 people. Demonstrators continued to gather today, holding black flags to protest the attempted strike.

At least three people died in separate incidents today during clashes related to the shutdown, the Daily Star reported.

While the prime minister says the tribunal is about righting an historic wrong, opponents have called the trials politically motivated. Jamaat is an ally of Hasina’s main rival, the Bangladesh Nationalist Party, and won nearly 5 percent of votes cast in the nation’s parliamentary election in 2008, according to the Bangladesh Election Commission.

With the toughened powers of the tribunal, “it is possible to ban Jamaat-e-Islami,” said Ahsan H. Mansur, executive director of the Dhaka-based Policy Research Institute. “The amendment has opened an option to ban the party if it is found guilty by the war crimes tribunal. But pro-Jamaat people will still be there and reemerge in a different form. And there will be voters for them,” he said.

The protests, which began after the tribunal Feb. 5 gave a jail term to Jamaat leader Abdul Quader Mollah, put pressure on the government to amend the war crimes law by plugging loopholes, said Shantanu Majumder, a teacher of political science at Dhaka University.

“All credit goes to the Shahbag movement. It boosted confidence in the government in amending the law. Changes were long overdue,” Majumder said.

The protesters defend their call for the death penalty for the guilty by saying that people like Mollah would be freed from jail if Jamaat once again has a role in government. A former Jamaat leader was sentenced to death in absentia in the tribunal’s first ruling.

“Jamaat doesn’t believe in democracy,” Hasina told reporters on Feb. 16 in the capital. “The party that believes in terrorism has no right to politics in an independent Bangladesh.” She was speaking after Ahmed Rajib Haider, a blogger and co-organizer of the Shahbag movement, was found dead near his house. Activists blamed Jamaat for his killing. 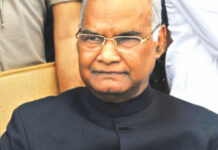