On October 5 at 5:32pm, the day when Bangladesh and India signed several instruments including India’s withdrawal of 1.82 cusec water from Feni river, Fahad posted on Facebook stating three historical examples, in which he focused Bangladesh’s failure to achieve country’s interests like use of port, water sharing and export of energy resources from its closest big neighbor.

In his earlier posts he was also critical about Hilsha export, opening of Farakka Barrage and Indian aggression in Kashmir.

A screen shot of the post has been given below: 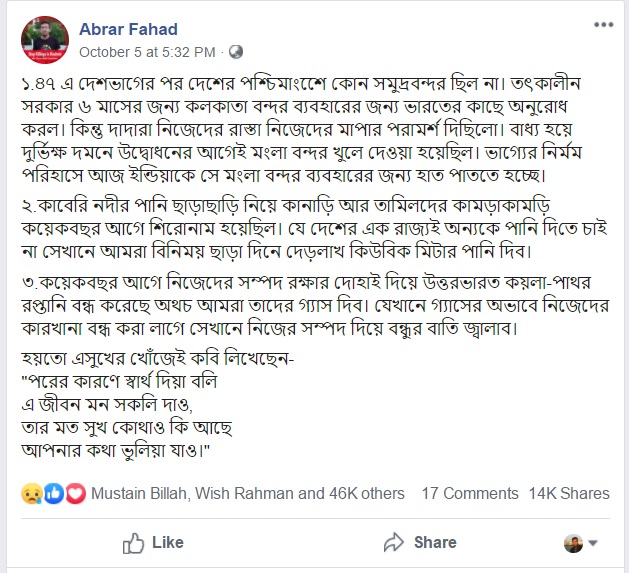