RMG workers vandalise several factories in Mirpur area of Dhaka and block many roads on Saturday, January 12, 2019, to protest against the disparity in their new wage structure. The photo shows a broken window pane of Banex Apparels Limited in Section 13 of Mirpur. Photo: Shaheen Molla/Star
Star Online Report

Readymade garment workers today vandalised several factories in Mirpur area of Dhaka and blocked many roads to protest against the disparity in their new wage structure.

The agitated RMG workers equipped with sticks vandalised two factories, Banex Apparels Limited and Load Star Limited, in Section 13 of Mirpur around 11:10am.

The protesters from nearby factories in the area first called the workers of the two factories to join them in the protests.

As the workers of the two factories denied their call, a group of around 50 to 60 workers of other factories start pelting brick chips at the office building.

At one stage they entered the office and carried out the vandalism.

Following the incident, authorities of the two factories were forced to stop their operation.

RMG workers blocked a portion of the Mirpur Road in Technical intersection of Dhaka for three hours on Saturday, January 12, 2019 in protest against the disparity in their new wage structure. Photo courtesy: Prothom Alo

Besides, several factories on the Mirpur-Kachukhet road were kept shut as the agitated RMG workers staged demonstration on the road around for three hours starting at 10:00am, our staff correspondent reports visiting the sports.

Authorities of all factories in and around the area were forced suspend their operation amid the violence.

Meanwhile, at least nine factories in Tangi were vandalized by the agitated garment workers in Tongi area this morning.

Rapid Action Battalion-1 detained around five workers for their alleged link with the vandalism.

Readymade garment workers blocked a portion of the Mirpur Road in Technical intersection of Dhaka in the morning in protest against the disparity in their new wage structure.

A group of workers of some garment factories staged demonstrations at Technical intersection around 10:30am blocking one side of the Mirpur Road, Farukul Alam, officer-in-charge (investigation) of Darus Salam Police Station, told The Daily Star.

Later police cleared the protesters off the road.

The agitating workers took position on a road near Government Bangla College at that time, halting vehicular movement in the area around 1:30pm.

Later they left the road after staging their protests.

Meanwhile earlier in the morning, the RMG workers vandalised at least 20 vehicles on Dhaka-Tangail highway in Ashulia, on the outskirts of Dhaka while staging demonstration over the same issue.

The demonstration continued for the six days.

Nearly 10-15 people were injured when police charged batons and used water cannon to disperse the protesting workers around 11:00am.

WHAT ARE THE WORKERS DEMANDING?

The workers have alleged that the monthly wage in the seventh grade increased to Tk 8,000 from Tk 5,300 as per the latest gazette published by the government last year. But, the salary of the workers in other grades did not increase at the same rate.

In most of the grades, other than the seventh, only Tk 500 was raised in the new salary structure, whereas an entry-level worker’s salary had increased by Tk 2,700 at one go.

WHAT DID THE TRIPARTITE BODY SAY ABOUT THE WAGE STRUCTURE?

The tripartite committee formed to resolve the labour unrest in garment industry has found disparity in three grades of the workers’ pay structure, and has started working to minimise the wage gap that sparked the protests five days ago.

The 10-member committee with representatives from the government, union leaders and factory owners said disparity was found in grades three, four and five. 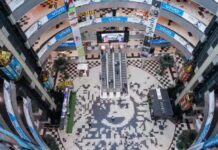 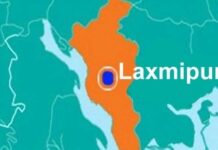