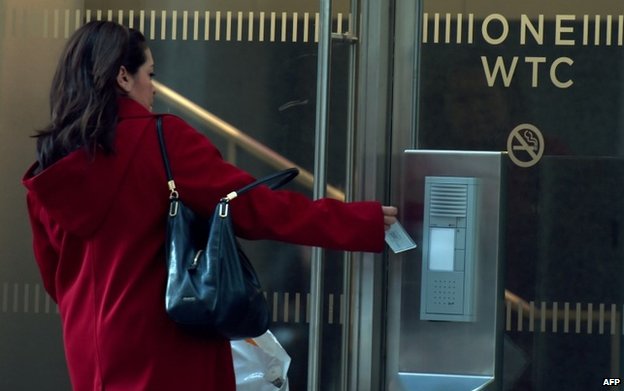 More than 13 years after the original towers were destroyed in the 9/11 attacks, New York’s World Trade Center has re-opened for business.

Employees at publishing giant Conde Nast are starting to move into the 104-storey One World Trade Center.

The $3.8bn (£2.4bn) skyscraper took eight years to build and is now the tallest building in the US.

It is 60% leased and the government’s General Services Administration has signed up for 275,000 square feet

“The New York City skyline is whole again,” Patrick Foye, executive director of the Port Authority, which owns the restored site, said in a statement.

The 1,776ft (541m) tall skyscraper is at the centre of the site, which includes a memorial in the footprints of the old towers and a museum, opened this year.

An observation deck at the top of the building will eventually be open to the public. 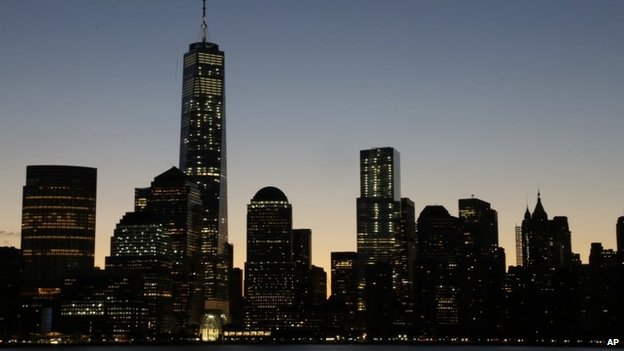 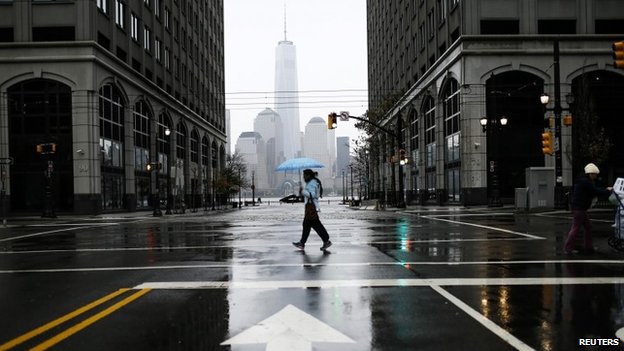 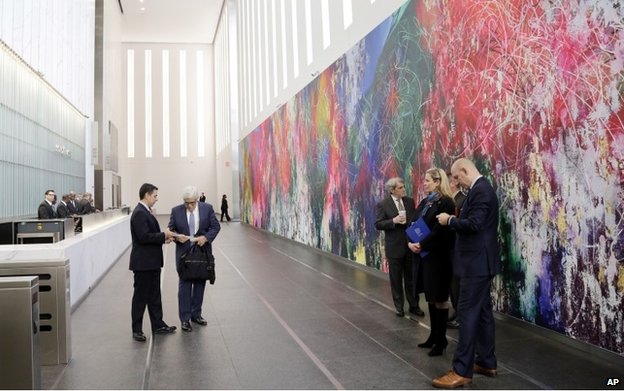 People gathered in the lobby

Mr Foye added the building was “the most secure office building in America”.

TJ Gottesdiener of the Skidmore, Owings & Merrill firm that produced the final design said the high-rise went beyond the city’s existing building code, and was built with steel-inforced concrete.

About 170 of Conde Nast’s employees will be moving into the building this week, filling five floors. About 3,000 more employees will join them in early 2015.

Space has also been leased to the advertising firm Kids Creative, the GSA, and 191,000 sq ft for the China Center, a trade and cultural space. 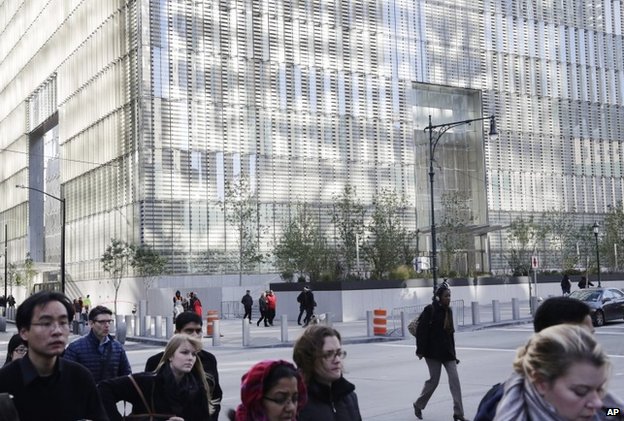 For many New Yorkers walking past, it was another Monday morning 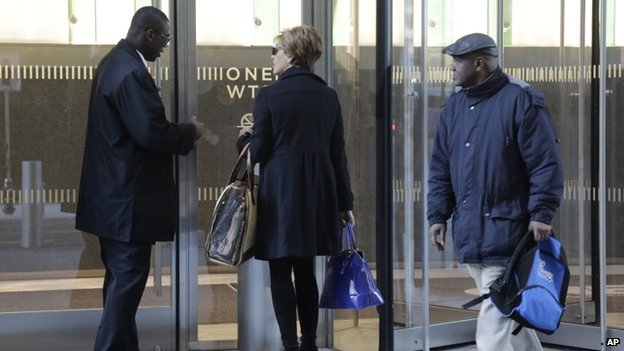 End of the political road for Romney?

Paterson City to host second Shaheed Minar in US