With the unprecedented lockdown in place, nearly 40,000 Indian crew members across the world are unable to reach home.

Tens of thousands of Indian crew members, stranded on cargo and cruise ships across the world due to the coronavirus pandemic, are still waiting to be brought home.

“The Indian government has abandoned all of us in the sea,” Anand Kumar, one of the Indian crew members on MSC Divina cruise ship anchored near the port of Miami in the United States, told Al Jazeera.

“We are willing to come back and stay in quarantine in India, but at least bring us back to our country.”

Kumar said the Indian crew members had been trying to reach out to the Indian embassy in Washington, DC, and consulate in Atlanta. “But they simply say there is no update from the Indian government,” he said.

#CoronavirusOutbreak | “Return of Indians stranded abroad is still a work in progress. No update on it right now. We are working on it and our envoys are in touch with them”: Dammu Ravi, #COVID19 Coordinator, Ministry of External Affairs. pic.twitter.com/jP8tzM9hNW— NDTV (@ndtv) April 10, 2020

India’s Maritime Association of Shipowners, Shipmanagers and Agents (MASSA) estimates the number of stranded Indian crew members to be approximately 40,000.

Since the lockdown included cancellation of all international flights, the crew members could not fly home.

“Majority of the cruise lines are ready to charter the Indian crew to India, but the Indian government is not giving them permission to fly due to the lockdown,” Dixon Vaz, founder of the Goan Seamen Association of India, who has been working closely with the stranded crew members, told Al Jazeera.

Deaths on the ships

At least two Indian crew members have died on their ships as they awaited evacuation.

On April 8, Glen Pereira, a 30-year-old cabin steward on the Marella Explorer 2 cruise ship currently sailing in the Atlantic Ocean, was found dead in his room.

The cruise ship, which had just its crew members on board, was sailing from the Mexican port of Puerto Progreso to an unconfirmed European port, where it was originally scheduled to dock on Sunday.

On April 6, two days before his death, Glen spoke to his cousin Collin* who worked for the same company and currently lives in the coastal Indian state of Goa.

“He sounded all right. He didn’t tell me anything about feeling unwell,” Collin told Al Jazeera.

Glen also spoke to his family in Goa later that evening and told them he had some pain in his throat and mild fever. But he insisted there was nothing to worry about.

That was the last time the Pereira family had heard from Glen.

Collin’s friend Jackson* was part of the same cruise and later informed him that Glen was kept in an isolation ward on the ship because he had developed fever and throat infection.

“We still don’t know the real cause of his death. We don’t know if it’s COVID-19 or something else. Glen never told us anything. He probably didn’t want us to get worried. We never got to say a final goodbye,” he said.

Speaking to reporters in Mumbai last week, his sister said he had been put on ventilator support after he contracted pneumonia and a lung infection and needed to be transferred to a hospital in Miami.

“But no beds were available at the time,” she said.

Fear of virus outbreak on ships

Fear of being infected by the coronavirus haunts most crew members who have been kept in isolation.

Rahul Shanbagh, 24, from Goa’s Margoa city, is a crew member on the MSC Grandiosa cruise ship. He has been stranded on the ship since mid-March.

The ship has 350 crew members on board, including nearly 200 Indians, and is currently docked in Civitavecchia in Italy.

“There were at least 14 cases [of coronavirus] reported on this ship, of which four were Indians. Currently, we [Indians] are the only ones left here. Everyone from all other countries has been evacuated.”

Angie Fernando* is among the 242 Indian crew members on the Costa Diadema cruise ship docked in Italy’s Port Piombino since the middle of March.

His sister, who did not want to reveal her name, told Al Jazeera she has been calling officials in New Delhi and the Indian embassy in Rome almost every day.

The cruise ship has reported 329 coronavirus cases so far.

“We are extremely worried about Angie. He sounds hopeless and depressed about the situation there. There are times when we just get monosyllabic replies from him,” she said.

A statement released by Costa Diadema to Al Jazeera on April 10 on the status of its Indian crew said: “To date, several attempts made with different solutions have not had a positive outcome with the Indian authorities.”

Another seafarer, who did not want to reveal his name, said he was stranded on a cruise ship named Norwegian Sky, currently docked in the Bahamas.

“We are mentally stressed, frightened and lonely. My room is very small with no window,” he told Al Jazeera. “We just want to get home and stay close to our family.”

‘Still a work in progress’

On April 5, India’s Shipping Minister Mansukh Lal Manadaviya assured the safe passage of the crew members back home following a meeting with the representatives of MASSA.

Al Jazeera reached out to both Manadaviya and MASSA’s Captain Shiv Halbe, but received no response.

Meanwhile, the US Centers for Disease Control and Prevention (CDC) announced the extension of a “no sail order” on April 9 for nearly 100 cruise ships in the country’s waters.

Following the CDC order, Dixon Vaz wrote a letter to the Indian prime minister, urging the government to “keep the Indian seafarers stranded in mind, and to allow a window period after April 14 when the initial lockdown period gets over, and evacuate the seafarers”.

On April 10, Dammu Ravi, an official with India’s Ministry of External Affairs, said the return of Indians stranded abroad is “still a work in progress”.

“No update on it right now. We are working on it, and our envoys are in touch with them,” he said, according to a report by the NDTV news channel. 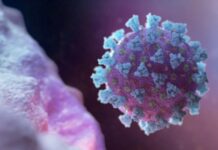 Is Modi’s India moving from democracy to dictatorship?