The Rapid Action Battalion yesterday arrested a garment factory owner who it claimed is a Majlish-e-Shura (policy-making body) member of JMB’s “Sarwar-Tamim Group” and also a major fund provider for the banned militant outfit.

Shamim is Imran’s driver. He used to carry money and packages to other JMB members on Imran’s instructions, Rab claimed.

During the 12-hour operation that ended around 3:00pm, Rab also raided Imran’s home in Mohakhali and the factory in Gazipur. It claimed to have recovered a firearm and a large number of books that encourage militancy.

“In primary interrogation, Imran admitted his involvement in militancy. He is one of the Majlish-e-Shura members of the central dawah committee [of the outfit],” said a press release from Rab.

It also claimed that Imran is the ameer of the “invitation unit” of Jama’atul Mujahideen Bangladesh’s Dhaka city west (Gulshan-Banani-Mirpur) unit. He also had a hand in recruiting JMB members in 10 districts, including Chittagong, Bogra, Comilla, Cox’s Bazar and Rajshahi.

“He has secretly been raising funds for militancy for a long time. He admitted that he gave money to several militants for collecting arms and ammunition. He also provided financial assistance to the families of the arrested and slain militants,” Mufti Mahmud Khan, Rab’s legal and media wing director, told reporters at the Rab media centre.

For example, Imran provided Tk 2 lakh to the wife of arrested militant Abdul Hakim for getting him released from jail, said Mufti Mahmud.

The arrestee had been to some 30 to 40 countries and gathered books from many places promoting extremism. He used to collect militancy-related books written by Jasim Uddin Rahmani, Junnun Shikder, Asadullah al Galib etc, Rab said.

Imran helped a good number of militants to get passports, Mufti Mahmud said. One of them is “militant” Junnun Shikder, now hiding abroad.

In primary interrogation, Imran admitted that he gave shelter and money to Sajid, also known as Sanjid, and Kamran alias Lal Bhai. Sajid is a key member of the “Sarwar-Tamim Group”, Rab said.

“On being instructed by JMB’s key coordinator and Ameer Abu Muhabir, Sajid made efforts to unite the mainstream JMB,” said the Rab press release.

About Sajid’s whereabouts, Imran told Rab that Sajid has been inactive in their secret communication groups since May 26.

Rab suspects Sajid is making a new plan for subversive activities. He also informed Rab that Sajid was hiding at ‘Atia Mahal’, the militant den in Sylhet but escaped before police cordoned off the den in April.

Shakil Ahmed, operation officer of Rab-11, told The Daily Star that after completing HSC from a school in Dhaka, Imran joined a buying house. Four to five years ago, he along with some others set up the factory in Gazipur.

On March 15, 2014, police’s detective branch arrested two garment factory owners — Rahat and Azmir — in the capital for their alleged involvement in attacking a prison van in Trishal to free three JMB convicts.

Police had said that Azmir ran a factory in Badda while Rahat had a factory “Rahat International” in Kalyanpur. These two garments mainly operated for militancy funding and rehabilitating militants, claimed police.

Meanwhile, a tenant at the building, where Imran lives with his family, said Imran and his driver Shamim left home on June 1 morning and had not returned. On that night, a Rab team raided Imran’s home.

Another neighbour, wishing not to be named, said Imran had a wide collection of “Islamic books”. “We do not know whether he had anything to do with militancy.” 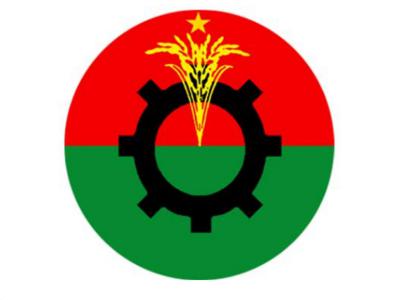