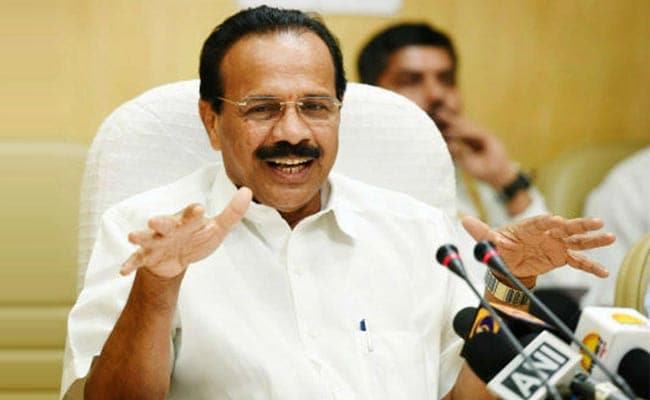 Union Minister Sadananda Gowda said the fencing would be completed by the end of December this year to plug any illegal infiltration.

KOHIMA:  The fencing of the India-Bangladesh border would be completed by this year end and not a single individual be allowed to illegally cross either side, Union Minister for Law and Justice DV Sadananda Gowda said today.

Interacting with reporters at the Raj Bhavan in Kohima, Mr Gowda said, “A major initiative has been taken since the last six and a half decades in fencing the border, even to the extent of constitutional amendment being made on both sides.”

The Union minister is in the state since yesterday in connection with the second anniversary celebration of the BJP-led NDA government.

He said the fencing would be completed by the end of December this year to plug any illegal infiltration and immigration on either side without proper passport in future.

“Bangladesh infiltration will be stopped within a very short period,” he said.

Maintaining that safety and security of the country has been the prime concern of the government, he said Prime Minister Narendra Modi held the vision that the boundaries across the country, be it with China, Pakistan or Bangladesh should be properly fenced.

Reaffirming that the two major initiatives of the BJP-led NDA government under PM Modi is “good governance” and “development”, he said in the last two years there has been no charge of corruption, scam or scandal against the ministers.

He claimed that the NDA had revived 85 major stalled projects, while the government was in the process of providing electricity to 18,000 villages throughout the country. So far nearly 7,000 villages have been covered, he said.

Maintaining that cooperative federalism was one of the important areas of good governance, he said the Centre had adopted the policy of devolution of funds of up to 42 per cent to the state government so that the states could plan for themselves and take forward developmental activity.

Mr Gowda said the development of the northeast has been the prime focus of the prime minister for which a separate ministry has also been formed.

Rohingyas flee into an unwelcoming Bangladesh