Hefazat-e-Islam Bangladesh has begun a meeting from 11:30am Sunday morning at the Darul Ulum Mainul Islam Hathazari madrasa in Chattogram. The meeting is being chaired by the organisation’s amir and Hathazari madrasa’s education director Junaid Babunagari. Around 35 central committee leaders are present at the meeting.

When asked about the agenda of the meeting, Hefazat-e-Islam’s organising secretary Azizul Huq Islamabadi told Prothom Alo that false cases were being filed against their leaders and activists in different places of the country. Many of them had been arrested. They will also discuss the issue of the organisation’s joint secretary Mamunul Huq. A decision may also be taken about closing the madrasa.

From 25 to 29 March, there had been incidents of violence in Hathazari, Patia, Dhaka, Brahmanbaria, Sylhet and other places in the country. Cases have been filed against Hefazat-e-Islam’s men in these incidents. Also, on 3 April, local Awami League men laid siege to a resort in Sonargaon, Narayanganj where Hefazat leader Mamunul Huq was staying with a woman. Mamunul claimed it was his second wife.

Mamunul’s issue has been an embarrassment for the Hefazat leaders. The organisation feels that it will be necessary for them to make their stand clear on the issue. 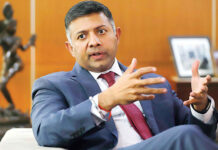 How did the Holey Artisan attackers get IS caps?

Hawkers being relocated to Gulistan Park?