Her father rejects verdict, vows to go to int’l court In his immediate reaction, the father of the teenaged girl rejected the verdict and vowed to take the matter to the international court.

On January 7, 2011, 15-year old Felani was shot dead by BSF men when she along with her father Nurul Islam was scaling over the barbed wire fences at Anantapur border point in Phulbari upazila of Kurigram to return home.

Meanwhile, Nurul Islam had testified at the murder trial in the Indian court, set up by the BSF at Cooch Behar district in West Bengal.

The Indian authorities started the trial on August 13 following widespread demands to bring to book the person responsible for her death.

“We are yet to know the verdict officially. If the accused is acquitted, I would appeal to the international court,” he told our Kurigram correspondent.

Nurul said he has come to know about the verdict from the media.

“We are trying to know the matter officially,” he told The Daily Star correspondent.

Abraham Lincoln, Kurigram public prosecutor, who took part at the hearing in the BSF court, said he would give his recreation after getting the verdict officially. 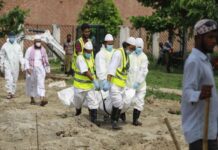 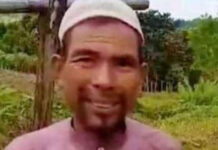 The crisis that could have been avoided