By Suryatapa Bhattacharya in Tokyo and Drew Hinshawin Milan
May 10, 2021
This feature is powered by text-to-speech technology. Want to see it on more articles?
Give your feedback below or email audiofeedback@wsj.com.

The World Health Organization declared a coronavirus variant first identified in India as a global “variant of concern,” saying preliminary studies showed it may be more transmissible than some other variants.

The variant, known as B.1.617, is being studied by scientists around the world as they try to figure out its role in the fast-growing Covid-19 surge in India.

“The pattern now is that one person in the family gets it, the whole family seems to get it. This is unlike the first wave. And so I think what we’re seeing is more transmissible,” the WHO’s chief scientist, Dr. Soumya Swaminathan, said in an interview.

B.1.617 is the fourth “variant of concern” classified by the WHO. The U.N. agency has also given the same designation to the B.1.1.7 variant, first identified in the U.K.; the B.1.35 variant found in South Africa; and the P.1 variant discovered by researchers in Brazil. 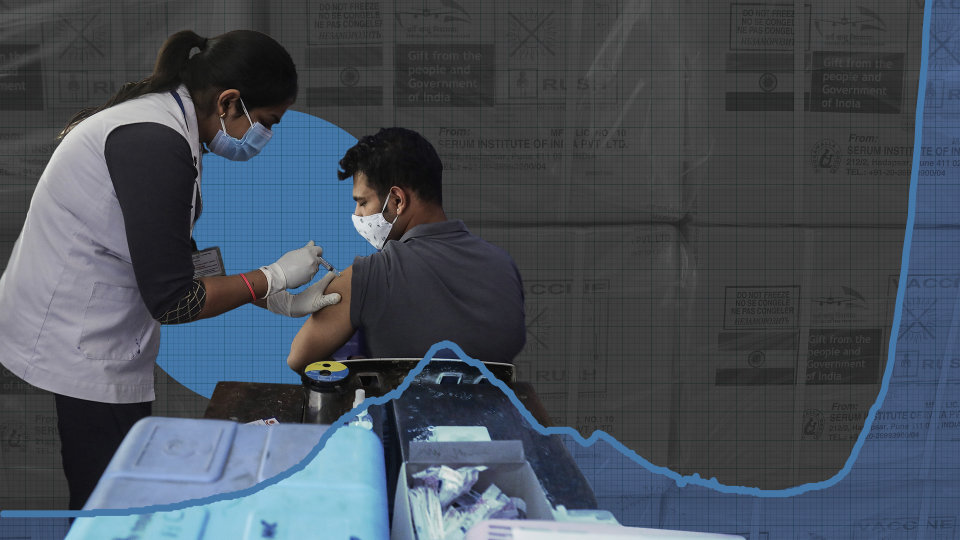 India has put vaccine distribution to other countries on hold as the country battles the world’s fastest-growing Covid-19 surge. The delay in distribution is hampering the global vaccination effort. Photo illustration: Laura Kammermann

A case that holds the answers to big questions: Will justice be allowed to...