This band presents songs that are refreshingly unique and breathtakingly beautiful. You feel so connected to the songs – its melodies and its lyrics – that you are tempted into believing that you’ve known them all along. Joler Gaan has broken every rule in the book, and yet, at the same time, they have managed to stay true to the core, the tradition. Fiercely creative, obsessively passionate and yet down-to-earth, the band has become extremely popular with its two albums and the numerous stage and TV performances. Joler Gaan is on a league of its own – with just the appropriate amount of eccentricity and the right amount of humility. And hence, without further ado, we present, Joler Gaan. 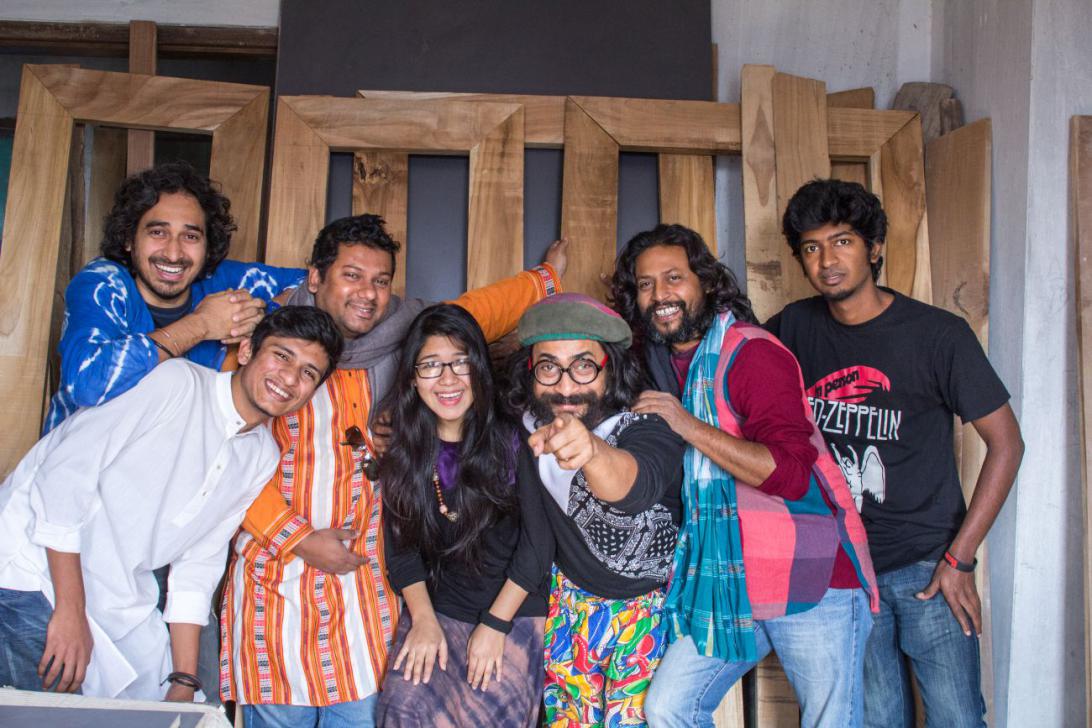 Best of Joler Gaan
If you ask the band what their best songs are, they will bluntly answer, “All of them.” Is the band arrogant? Not really. Joler Gaan has broken the norm of albums. Usually what happens is that after an album release, a couple of songs or so from that ensemble becomes hits. But for Joler Gaan, the concept has been the other way round. It started off by performing numerous songs for the live audience, and then eventually evolved to release an album of those songs that are the best (i.e. songs that became popular during various performances). After the shows, people used to ask them for their album or an online link. Because of this public demand, Joler Gaan thought of bringing out an album.

Therefore, the releases are essentially the best of Joler Gaan, as a chunk of songs they had sung before didn’t make it to the albums in the first place. In fact, there are songs that have been sang by them only once – or perhaps in 4 or 5 shows – after which they were discontinued.

An interesting thing is that their songs appeal to a wide audience. The band has not limited itself to any particular age group or any other kind of social stratum. For reasons not fully clear even to the members of the band themselves, Joler Gaan’s magic seems to be rather universal, from small children to the elderly. Music and lyrics
Indeed, Joler Gaan has made a special place in the hearts of people from all walks of life. When you listen to their songs, the sheer uniqueness hits you. It’s hard to describe their songs. The band has been branded to be of (experimental) folk-fusion, but they really dislike this kind of labelling, with the artists not willing to cage themselves to a particular genre.

Instead of describing the unique and reinvigorating ‘feel’ of their songs – which is intangible and would be futile to paint in words – we can instead talk about the songs’ beautiful music and lyrics.

Joler Gaan states that they started off by singing ‘kurano’ (collected) songs – those that came floating into their ears from various sources and those that are usually not heard very often. So they picked up those songs and presented them to the audience. Case in point: Bokul Phool. The song is so sweet that it is addictive: Bokul phool, bokul phool/Shona diya haat kano bandaili.

This song, contrary to what many people think, is actually not written by Joler Gaan. Around 1997, there was an exhibition held at Charukala where an artist was visiting. It was from him that this song was picked up. And even that artist did not know who the original lyricist was.

The tunes too are breathtakingly unique, owing to the experimentations they carry out with musical instruments, resulting in improvising and developing them into instruments with innovative twists.

Darling of the media?
It can be said that Joler Gaan makes for ‘good TV’; the band has captured media attention very successfully. So what does the team think about the press? Are newspapers, TV channels et al properly playing the role they should take to promote culture? Joler Gaan agrees that media is a very important instrument and believes that the relationship between the press and the musicians is a two-way street: artists need the media for their promotion whilst media needs to perform its responsibility of putting the limelight on those who are worthy of it. So then, the media must be able to ascertain whether the person or institution which is on the receiving end of that limelight is actually worthy of it or not!

And we reckon Joler Gaan is!

Interviewed by Rafi Hossain and
Narrated by Himadri