Two journalists of a private television channel were assaulted while covering a procession of Rampal protesters in the capital on Thursday.

Colleagues of the journalists said police first attacked Abdul Alim when he filming ‘police action’ on the demonstrators supporting a half-day general strike protesting the construction of Rampal power plant near the Sundarbans.

ATN News correspondent Kazi Ehsan Bin Didar came under attack when he tried to save Abdul Alim, they added.

Later, 15 policemen were identified from video footage and photos.

Editor of ATN News Sarwar Hossain told Prothom Alo that Didar sustained injuries in his right leg while Abdul Alim had a cut above his eye.

Both the injured were sent to Dhaka Medical College Hospital. 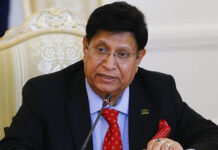 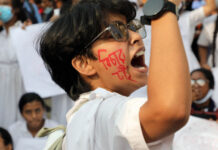 Court bans use of ‘facebook.com.bd’ domain in Bangladesh