Fresh political violence broke out in the Bangladeshi capital on Sunday as thousands of protesters turned out on the streets of Dhaka to oppose forthcoming elections they denounced as fraudulent.

Twenty-one political parties, including an 18 party opposition alliance led by the Bangladesh Nationalist Party (BNP), have said they will not take part in the elections scheduled for 5 January, after their demands for the country to be run by a neutral caretaker government during the polls were denied.

M Shahiduzzaman, a security analyst and a professor of international relations at the University of Dhaka, said the elections are not democratic or inclusive. The EU, the Commonwealth nations and the US have said they will not be sending observers to monitor the polls because they are not “credible”.

“The crisis and the violence is likely to intensify,” warned Mr Shahiduzzaman.

The opposition claims that even before the elections, 154 seats out of 300 in the Bangladesh parliament, have already been won unopposed by the Bangladesh Awami League-led government, headed by the ruling party chief and Prime Minister, Sheikh Hasina.

Ms Hasina’s political rival, Khaleda Zia, a former Prime Minister and the current opposition leader, had been expected to address Sunday’s crowds, which gathered for a “March For Democracy” in defiance of a government ban on political gatherings. But security officials surrounded Ms Zia’s home in Dhaka in an apparent effort to stop her leaving.

“Khaleda Zia [has been] under house arrest since Saturday evening,” Shamsher Mobin Chowdhury, the senior vice chairman of the BNP, told The Independent. He said the government had “lost all public support” after Ms Zia’s security detail was withdrawn on Saturday night.

At least 10 squads of police and five sand-laden trucks blocked the gates of Ms Zia’s residence, “in a bid to stop her from joining the protest programme,” said Chowdhury. Police denied that they intended to block Ms Zia from attending.

According to police spokesman Mozammel Haque, a 21-year-old student was one of those killed yesterday. He had been in Dhaka’s Malibagh area when security officials fired rubber bullets to disperse the activists. More than 400 people have been detained since Thursday, when around 50,000 troops began a drive against opposition activists.

Ms Zia told reporters on Sunday that the protests would continue on Monday. In response, the Inspector General of police, Hasan Mahmud Khandaker, told the The Independent that the police would “continue to ensure citizens’ security”.

Mr Shahiduzzaman and other analysts have warned that the violence is likely to get worse as the election approaches.

Bobby Hajjaj, the special adviser to the former Bangladesh president H M Ershad, said: “We are heading towards a bloody revolution”.

“The government is in such a situation where they do not have an exit strategy now. They are fearing similar persecution that they are meting to the opposition. That is why the government is clinging to power,” he added.

Four think-tank organisations, including the Centre for Policy Dialogue and Transparency International Bangladesh, organised a dialogue in Dhaka on Saturday where civil society members urged the government to defer the polls by dissolving parliament. 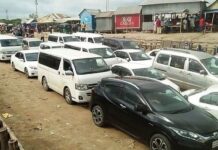 Banglabazar teeming with crowds returning to Dhaka after Eid