“You (Finance Minister) are our senior. We’ll be happy if you talk less,” he said.

Nasim, also a former home minister, was addressing a discussion meeting organised by Bangabandhu Academy at the National Press Club in the city.

Quoting Indian Nobel laureate Dr Amartya Sen, Muhith on Thursday said many good things are taking place in the country, but those are hardly highlighted at the global stage because of Prof Yunus.

Three days after his remark on Dr Mohammad Yunus quoting Sen, Finance Minister AMA Muhith on Saturday made a sharp U-turn saying it was his personal comment, not of Sen’s.

Nasim also had harsh words about the opposition leader asking Khaleda Zia to publicly assure that BNP has no political relation with Bangladesh Jamaat-e-Islami.

“If you (Khaleda) have enough courage, then declare that your party has no relation with Jamaat. Unfortunately, you won’t do this as you do politics with them,” Nasim said.

About Khaleda’s allegation that Awami League was trying to take Jamaat into its fold to hold the next general election under a party government, Nasim termed the statement a blatant lie saying such statements are being made for political heat-up. 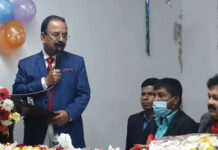 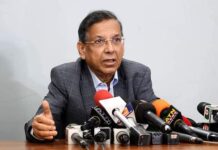 Traffic may go into tailspin