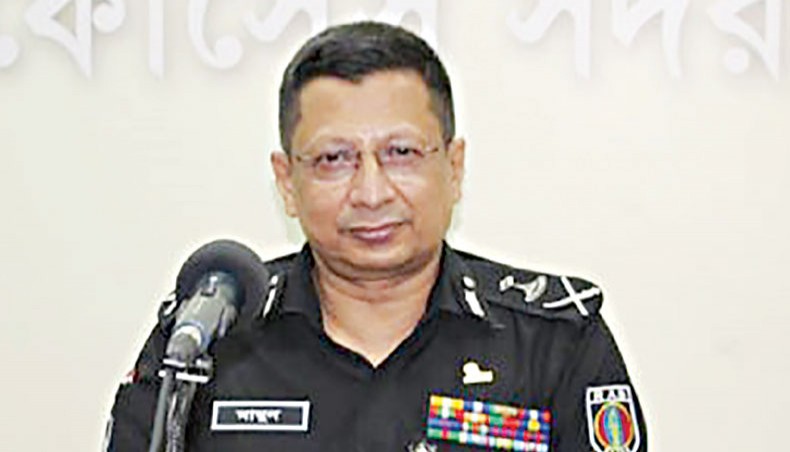 Inspector General of Police Chowdhury Abdullah Al-Mamun, took over the position on Friday, and was promoted by the government after serving as director general of the Rapid Action Battalion, or RAB.

He was one of seven then-current or former RAB officials who were placed under American sanctions along with the unit in December 2021 by the U.S. Treasury Department for alleged human rights violations, including enforced disappearances, extrajudicial killings, cases of torture and other abuses.

Home Minister Asaduzzaman Khan Kamal defended Abdullah when BenarNews asked him about the wisdom of appointing a U.S.-sanctioned officer as national police chief.

“Sanctioning Chowdhury Abdullah Al-Mamun is not a fair decision,” the minister told BenarNews.

“He has been facing sanctions only for holding the office of director general of RAB.

He has been an honest, industrious and a man of principle. He is the senior most police official, and retires in four months,” he added.

The U.S. Treasury Department sanctions bar U.S. citizens from conducting business with or making contributions to the sanctioned individuals and block access to any property they hold in the United States.

Abdullah’s immediate predecessor as police chief, Benazir Ahmed, was also sanctioned by Washington last year because of his association with RAB. He was a former RAB director general.

The United States accused RAB of more than 600 enforced disappearances in the past 12 years, a similar number of extrajudicial killings, and the use of torture.

“Widespread allegations of serious human rights abuse in Bangladesh by the Rapid Action Battalion (RAB) … threaten U.S. national security interests by undermining the rule of law and respect for human rights and fundamental freedoms, and the economic prosperity of the people of Bangladesh,” the U.S. Treasury Department said in a statement when it announced the sanctions.

RAB was founded in 2004, and charged with internal security, intelligence gathering related to criminal activities, and government-directed investigations, according to the U.S. treasury.

‘Save Dhaka University from criminals’