People from all walks of life throng the National Mausoleum at Savar to pay homage to the Liberation War martyrs on the 42nd Victory Day on Sunday.

The nation celebrated the 41st anniversary of victory in the Liberation War on Sunday with a call for hastening the war crimes trial and upholding the spirit of independence.

On this day in 1971, Pakistani occupation forces chief general AAK Niazi along with 93,000 troops surrendered to the joint forces of Mukti Bahini and Mitra Bahini in Dhaka.

Bangladesh proclaimed its independence on March 26, 1971 after 23 years of struggle for self-determination, bringing down the erstwhile West Pakistani armed forces’ genocidal wrath on its people the night before.

In a heinous genocide, the Pakistan army and their local collaborators – Razakars, Al-Badrs and Al-Shams — launched a barbarous crackdown on the innocent people of Bangladesh at midnight past March 25, 1971.

The nation, under the paramount leadership of Bangabandhu Sheikh Mujibur Rahman, finally clinched independence on December 16 after the nine-month war.

The day is a public holiday. The national flag has been hoisted atop all government, semi-government and other important establishments.

Prime Minister Sheikh Hasina placed wreaths at National Mausoleum at Savar Sunday morning, paying tribute to the valiant sons and daughters of the soil, who made supreme sacrifices for the independence of the country in 1971.

On her return to the capital from Savar, the prime minister also placed wreaths at the portrait of Father of the Nation Bangabandhu Sheikh Mujibur Rahman.

People across the country are gathering at various monuments to pay tributes to the national heroes.

Streets had been flooded with the enthusiastic people carrying banners of different political, social, cultural and professional organisations, and singing patriotic songs.

There were cultural programmes to mark the auspicious occasion. 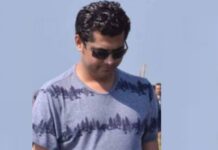 Bodies of 3 fishermen recovered from Bay of Bengal