Bangladesh skipper Mashrafee bin Murtaza on Monday poured cold water on the growing expectations on his team ahead of forthcoming World Cup, scheduled in UK from May 30 to July 14.
Unlike the past five World Cups, Bangladesh, ranked seventh in the world, will go into the tournament believing that they have a realistic chance of lifting the cricket’s ultimate prize.
The belief was also reflected in recent interviews of some senior players, but Mashrafee, a World Cup veteran who would also spearhead the team’s bowling attack, said they should not take any unnecessary pressure on them by raising such expectations.
‘I don’t want to take extra bit of pressure on us. I always believe in luck, whatever we have in our luck that will happen,’ Mashrafee told reporters in Dhaka in team’s final press conference at home.
Bangladesh will leave home on Wednesday as they are also scheduled to play tri-nation tournament in Ireland from May 5-17 ahead of the World Cup.
Fellow World Cup participants West Indies and hosts Ireland are the two other teams in the tri-nation tournament.
‘There is no pressure on us that we have to win the World Cup, or we have to qualify for the semi-final, tough we are keen to do that.
‘If you ask the ex-players and analysts they would tell you we are not amongst the favourites. If we can do something, people’s attitude towards us will be changed.
‘It’s an opportunity to perform in a big stage and from that point of view we want to do well.’
Mashrafee urged all not to create any hype over his team despite the experience they were carrying into the tournament.
In Mashrafee, his deputy Sakib al Hasan, opener Tamim Iqbal and wicketkeeper batsman Mushfiqur Rahim Bangladesh have four players who will be playing their fourth World Cup in UK.
The same group of players were regular in the national team for quite some time and they also enjoyed some success together reaching semi-final in 2017 ICC Champions Trophy in UK and in the final in Asia Cup in UAE last year.
But Mashrafe said the success in Champions Trophy and Asia Cup did not give them any guarantee of success in the Asia Cup.
‘We went to Asia Cup with the same team but could not win it. When we played in Champions Trophy semi-final, we had the same team. So there was no need to create hype,’ he said.
‘The same team played two years ago, nothing extra-ordinary came in them in the meantime to say they are the best team at the moment.
‘Moreover best team does not win always, those who do well in the field they win,’ he said.
Mashrafee also suggested experience alone will not bring result for them in the World Cup.
‘We can call the side a balanced one as there are lots of experienced cricketers this time than the last years,’ he said.
‘Maximum junior players have the experience of playing in the World Cup. But that doesn’t mean because of the experiences we will have a good tournament. Of course we need to be united.
‘We have to play nine matches in the tournament…we will have tough situations in these nine matches. Strong mentality is very crucial to handle these things.
‘There will be ups and downs but it is important to make turnaround in next matches. We need to practice that from the Ireland series so that we can be ready for the World Cup,’ he said.
Mashrafee however was sceptical if Ireland tri-series would do anything good for Bangladesh.
‘I am not sure about our preparation in Ireland if they give us same sort of wicket they gave when we played a tri-nation over there last time. We didn’t get same type of wicket in Champions Trophy,’ he said.
Bangladesh will open their campaign in the World Cup against South Africa at the Oval on June 2. 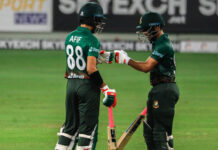 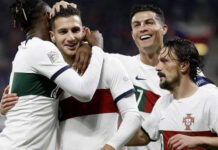 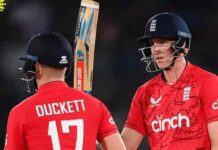