An expelled Juba League activist killed another Juba League member by lacerating his tendons in Bogura on Wednesday, reports UNB.

Quamrul Islam, 38, a drug peddler and an expelled general secretary of Nimgachhi union unit of JL, called Abdus Sabur, 36, a member of Dhunot Upazila JL and village doctor, at around 2:00pm to an abandoned house in Poshchim Nondiarpar area for talks over a land dispute.

Sources in the locality said that there was long-standing enmity between Quamrul Islam and Abdus Sabur centering the said land dispute.

At one stage an altercation broke out between them, and 4-5 people including Quamrul, Sabuj Mia, son of Shams Uddin, Sagor Mia, son of Shafiqul Islam and Bipul Hossain, son of Suruj Mia, all of the same village, swooped on Sabur with sharp weapons, lacerating his tendons.

Later, they left the body there. Afterwards, being informed by locals, the police recovered the body and brought it to the police station.

Sheikh Motiur Rahman, president of Dhunot upazila Juba League, informed that Quamrul Islam had been expelled from the post of general secretary of Nimgachhi union Juba League as he was arrested by police about 10 months back along with yaba.

He demanded immediate arrest of the accused for the killing of Abdus Sabur and to bring them under the purview of law.

Ismail Hossain, officer-in-charge of Dhunot police station, said there were marks of injuries inflicted by sharp weapons in various parts of the body. Efforts are on for immediate arrest of those involved in the incident, he added. 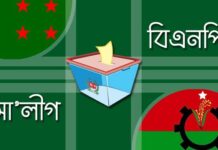 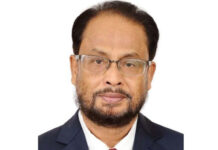 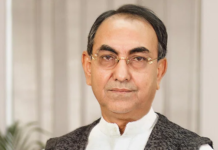