Miscreants vandalised and torched the houses of Hindus reportedly over a land dispute at Shatrumardan village in Dakkhin Sunamganj upazila on Thursday, leaving 50 people injured.

Witnesses said some influential people of Bagerkona and Chhatarkona villages have long been trying to grab the land of the Hindus at Shatrumardan village.

As part of the evil-effort, some people allegedly led by Mostafa, Shafique and Kamrul of Bagerkona village swooped on the houses of the Hindu community at Palpara, Kumarpara and Nathpara of the village around 11 am.

Ranjit Sutradhar, a UP member of ward-6 of Paschim Pagla union, alleged that police refrained from taking any action when the attack was launched.

Meanwhile, Police Super of the district Harun-ur-Rashid said stern action will be taken against those responsible for the incident. 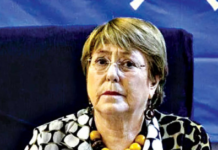 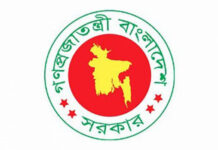 Is this man top terror Joy?