As if a cat and mouse game is being played on the Padma in broad day light. The law enforcers led by the magistrate on one side, fishermen from several upazilas of Munshiganj and Shariatpur on the other.

Thousands of fishermen from surrounding villages are seen flocking to the river with their engine-run small local boats, loaded with relatively smaller current nets. Their primary target is the country’s most famous and also the national fish — Hilsa.

The reason for the cat and mouse game between the law enforcers and the fishermen is that the latter are out to hunt the silver treasure during a 22-day ban on catching Hilsa in the rivers of the country. And the law enforcers are enforcing the ban.

Although the fishing restriction would be over after only three more days, the fishermen seem desperate to defy it. Some say their back is on the wall with no savings or alternative income to feed their dependants.

A number of locals, however, said it has mostly to do with greed, as there is high demand for Hilsa at this time of the year and a section of unscrupulous business people are just cashing in on the opportunity.

This frenzy of illegal fishing was seen on the Padma along the areas adjacent to Jajira, Shibchar and Sadar upazilas of Shariatpur. The scene was almost the same on the Meghna in Louhajang, Sreenagar, Tongibari and Gajaria upazilas of Munshiganj.

This correspondent, on way to observe catching Pangas fish on the Padma, came to witness this illegal fishing of Hilsa.

SM Shaheen, assistant commissioner (land) of Louhajang as well as executive magistrate of a mobile court, was seen near Shimulia Ferry Terminal on the Padma while he was conducting a drive along with Mohammad Idris, district senior fisheries officer, and members of law enforcers.

Asked why they were risking arrest and losing the valuable fishing nets — some worth around Tk 1 lakh each, a few of the fishermen said they had been unable to make ends meet as the most popular fish, Hilsa, was not available in Padma over the last three months. Moreover, the government did not allocate any compensation for over ten thousand Hilsa fishers in Munshiganj during the 22-day ban on Hilsa fishing.

Under the circumstances, they had no choice but to risk all for their survival. As selling of Hilsa is prohibited during this period, they sell it at a low price by going door to door in surrounding villages.

Wishing to remain anonymous, a fisherman said he had to take desperate measures as he has eight mouths to feed.

SM Shaheen, the magistrate, said 13 fishermen were apprehended during his drive that day and six of them were sent to jail for a week each. The rest were fined Tk five thousand each, totalling to Tk 35 thousand.

Mohammad Khalequzzaman, Louhajang upazila nirbahi officer, said till Sunday a total of 17 mobile courts were conducted to enforce the ban on catching Hilsa.

During this time 87 fishermen were detained and 27 of them were given jail sentences of different terms — ranging from a week to a month, for violating the Hilsa ban. Sixty five others were fined, he said, adding that they also confiscated and destroyed around two lakh metres of current net.

He admitted that there has been no allocation of government food relief for the the fishermen and their families in the upazila.

Shaila Farzana, deputy commissioner of Munshiganj, said, she already wrote to higher authorities requesting allocation of food relief for fishermen in the region. 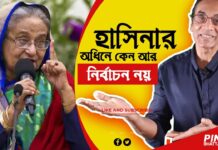