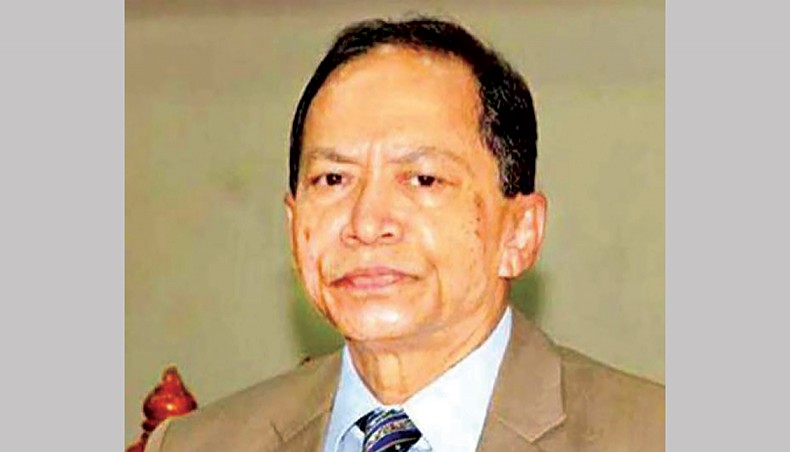 A Dhaka court has posted for August 13 the charge hearing in an Anti-Corruption Commission case filed against former chief justice Surendra Kumar Sinha and 10 others for their alleged laundering of Tk 4 crore from the renamed Farmers Bank in 2016.

On January 5, another Dhaka court accepted the charges and issued warrants for arrest of all the accused as they were shown fugitive in the charge sheet.

On December 9, 2019, the commission submitted the charge sheet against SK Sinha and 10 others, including six officials of the renamed Farmers Bank Ltd.

The commission filed the first-ever corruption case against a former chief justice in the country on July 10, 2019.

It dropped former Farmers Bank senior executive vice-president Ziauddin Ahmed from the case as he died while former audit committee chairman of the bank Mahbubul Haque Chisty was named as an accused as the investigation found evidence against him.

The charge sheet stated that Niranjan and Shahjahan transferred Tk four crore from their accounts with the Gulshan Branch of the bank to Justice SK Sinha’s account with the Supreme Court Branch of Sonali Bank Limited through two pay orders — Tk two crore each — on November 9, 2016.

The fund was withdrawn at times from Justice SK Sinha’s account, the complaint said.

The charge sheet sought trial of all the 11 accused for siphoning off the money from then Farmers Bank in collusion between each other between November 2016 and September 2018.

It said that they tried to transfer and hide the money that constituted offences under the Money Laundering Prevention Act 2012.

On April 25, 2018, the commission started an inquiry into a complaint from an unknown source that Tk four crore was transferred to Justice SK Sinha’s bank account from two Farmers Bank accounts.

The inquiry began four months and a half after Justice Sinha resigned as the chief justice on November 10, 2018 amid serious controversies following a unanimous Appellate Division verdict.

The AC verdict upheld a High Court decision striking down the 16th Amendment to the constitution which restored the Jatiya Sangsad’s power to remove Supreme Court judges for misconduct or incapacity.

The unanimous verdict of the apex court, penned down by chief justice SK Sinha, created bitterness between him and the government.

Immediately after Justice Sinha’s resignation, law minister Anisul Huq said that the law would take its own course with regard to the 11 allegations brought against Justice Sinha by five fellow Appellate Division judges.

Justice Sinha, now reportedly in the United States, sent his letter of resignation through the Bangladesh High Commissioner to Singapore while he was there on his way to Australia.