An injury time goal from Douglas Costa gave Brazil a barely deserved 2-1 win over a plucky Peru side in the Copa America on Sunday.

Substitute Costa slipped the ball past the keeper from close range in the 48th minute of the second half to break the deadlock and extend Brazil’s winning run to 11 matches.

“I managed to control the ball from a perfect pass from Neymar and I scored,” Costa said in a pitchside interview.

Brazil have kept a perfect record under Dunga, who took over for a second stint as coach last year following the disastrous 7-1 loss to Germany in the semi-finals of their home World Cup.

Brazil have conceded just three goals under Dunga but looked vulnerable during a frantic opening few minutes against Peru, who got off to a dream start with an unexpected opener to Christian Cueva after just three minutes.

David Luiz failed to clear a long ball and goalkeeper Jefferson passed the ball straight to Cueva who hammered it home from 10 yards out.

The Barcelona striker was the stand-out performer of the match. He had a shot saved off the line in the 13th minute and saw a long range strike crash off the underside of the bar eight minutes into the second half.

He was also booked moments before half-time for wiping away the referee’s spray before taking a free kick.

“I just want to help my team with goals and passes,” he said afterwards. “The win is what is important.” The results leaves Brazil joint top of Group C with three points, alongside Venezuela, who beat Colombia 1-0 earlier on Sunday. Brazil play Colombia on Wednesday, while Peru play Venezuela the following day.

“It was incredible,” Peru’s Jefferson Farfan said of the late winner.

“I think we did very well, we knew that we were facing a great time like Brazil and we had a chance to at least get a draw but it never happened. Now we need to think of the next match.” 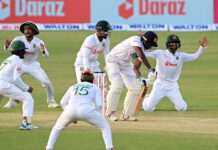 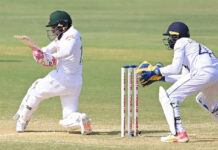 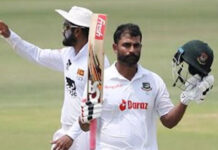