In this book,  authors Sergei Guriev and Daniel Treisman explain the rise of such “spin dictators,” describing how they emerge and operate, the new threats, and how democracies should respond.

Mao, Stalin, and Hitler ruled through fear, violence, and ideology.  These regimes were built on coercion, judicial manipulation, disappearance, and gulags.

A new breed of strongmen is media-savvy, who redesigned authoritarian rules in a cutting-edge, globally connected world. These modern authoritarians like Vladimir Putin, Viktor Orbán, and Recep Tayyip Erdogan control their citizens by simulating democratic procedures and controlling the media. Like spin doctors in democracies, they spin the news to engineer support.

The book traces how leaders such as Singapore’s Lee Kuan Yew and Peru’s Alberto Fujimori developed a covert, less violent but effective system to monopolize power. Concealed censorship and an image of competence while maintaining international engagements for financial and reputational benefits placed them with conscientious leaders.

The book exposes why most of today’s authoritarians are spin dictators—and how they differ from the remaining “fear dictators” such as Kim Jong-un and Bashar al-Assad and masters of high-tech repression like Xi Jinping.

The book does not cover many other sophisticated authoritarians having a mask of democratic façade, like the rulers in India, Bangladesh, Myanmar, Cambodia, and a few others. Dictatorships that sound like liberal nations like Saudi Arabia and UAE go out of the radar by the grace of powerful countries such as the United States. These authoritarians get tacit support from the robust democracies under the guise of civil order and an anti-terrorism pretense . The rich democracies continually shift terrorism goalposts to keep control over those authoritarian governments. Pakistan, a hybrid democracy, remains under the leash of American intelligence via powerful civil servants and the army.

Offering incisive portraits of today’s authoritarian leaders, Spin Dictators explains some of the tremendous political puzzles of our time—from how dictators can survive in an age of growing modernity to the disturbing convergence and mutual sympathy between dictators and populists like Donald Trump.

Professor of Political Science, University of California / Research Associate of the National Bureau of Economic Research 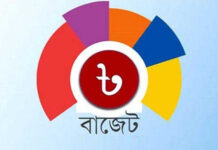