The AL spokesperson’s statement came in an exclusive interview to Ekattor TV hours before the Election Commission is set to announce the schedule for the 10th parliamentary election.

Meanwhile, the BNP has already threatened the government with paralysing the country if the polls schedule is declared before the formation of a non-party polls-time government to oversee the election.

The contents of Ashraf’s much-talked-about meeting with Mirza Fakhrul Islam Alamgir, acting secretary general of BNP, will be disclosed through a press briefing within a day or two, the minister told the private television minutes before entering his secretariat office.

“Prime Minister Sheikh Hasina is very keen about the dialogue as she wants the participation of all in the election,” he added.

The dialogue is not only going on at the general secretary-level but also at multi-levels, Ashraf claimed.

Replying to a query on Fakhrul’s denial of the meeting, Ashraf said, “I don’t want to call anyone a liar.”

Earlier on Saturday, Ashraful and Fakhrul had a closed-door meeting on the prevailing political stalemate over the polls-time government. Fakhrul however denied that he had a meeting with his AL counterpart.

Also today, referring to Ashraf-Fakhrul meeting, Agriculture Minister Matia Chowdhury said there will be more talks as the process continues.

“The government is trying to bring BNP in the polls-time cabinet as we want BNP to take part in the election and we do not want a one-sided election,” she said while talking to journalists at her Secretariat office.

Talks with all the political parties except Jamaat-e-Islami over the polls-time government are on, Matia added. 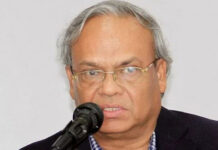 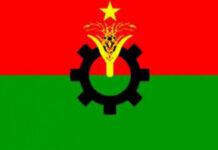 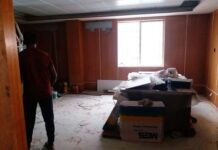 BNP should get another chance for polls talk: Suranjit