America is spiritually bankrupt. We must fight back together

The undeniable collapse of integrity, honesty and decency in our public and private life has fueled racial hatred and contempt

We live in one of the darkest moments in American history – a bleak time of spiritual blackout and imperial meltdown. Exactly 25 years ago, in my book Race Matters, I tried to lay bare the realities and challenges to American democracy in light of the doings and sufferings of black people. Back then, I reached heartbreaking yet hopeful conclusions. Now, the heartbreak cuts much deeper and the hope has nearly run out.

The nihilism in black America has become a massive spiritual blackout in America. The undeniable collapse of integrity, honesty and decency in our public and private life has fueled even more racial hatred and contempt.

The rule of Big Money and its attendant culture of cupidity and mendacity has so poisoned our hearts, minds and souls that a dominant self-righteous neoliberal soulcraft of smartness, dollars and bombs thrives with little opposition.

The escalating military overreach abroad, the corruption of political and financial elites at home, and the market-driven culture of mass distractions on the internet, TV, and radio push toward an inescapable imperial meltdown, in which chauvinistic nationalism, plutocratic policies and spectatorial cynicism run amok.

Our last and only hope is prophetic fightback – a moral and spiritual awakening that puts a premium on courageous truth telling and exemplary action by individuals and communities.

The distinctive features of our spiritual blackout are threefold.

First, we normalize mendacity and naturalize criminality. We make our lies look like the normal order of things. And we make our crimes look like the natural order of things. We too often say Wall Street is a good servant – rather than a bad master – of the common good. Then we look away from the criminal behavior of big banks because they are too indispensable to prosecute.

We deny that drone strikes are killing innocent people abroad. Then we overlook killing lists on Terror Tuesday at the White House, when a president and his staff can decide to kill people without any legal procedure, including, sometimes, US citizens.

Imperial meltdown is at the center of our catastrophic times. Our ecological catastrophe is real

Second, we encourage callousness and reward indifference. We make mean-spiritedness look manly and mature. And we make cold-heartedness look triumphant and victorious. In our world of the survival of the slickest and the smartest, we pave the way for raw greed and self-promotion. We make cowardice and avarice fashionable and compassion an option for losers. We prefer market-driven celebrities who thrive on glitzy spectacles and seductive brands over moral-driven exemplars who strive on with their gritty convictions and stouthearted causes.

Third, we trump the moral and spiritual dimensions of our lives and world by applauding our short-term gains and superficial successes. This immoral and brutal disposition reinforces – and, in part, is a result of – the all-encompassing commodification of a predatory capitalism, running out of control in our psyches and societies.

The pervasive violence in our domestic lives and military policies abroad are inseparable from the profit-driven marketization of our spiritually impoverished capitalist civilization. And our civilization rests upon an American empire in decline and decay.

Imperial meltdown is at the center of our catastrophic times. Our ecological catastrophe is real. The Anthropocene epoch engulfs us. Human practices –especially big business and big military operations – now so deeply influence the Earth’s atmosphere that extinctions loom large.

The potential for nuclear catastrophe remains urgent as US-Russia tensions escalate and other nuclear powers, like North Korea, China, Pakistan, India, and Israel, are expanding and restless.

And our cultural catastrophes are often hidden – the vast and sad realities of trauma and terror visited upon vulnerable fellow citizens who are disproportionately poor people, LGBTQ people, peoples of color, women and children.

The political triumph of Donald Trump is a symbol and symptom – not cause or origin – of our imperial meltdown. Trump is neither alien nor extraneous to American culture and history. In fact, he is as American as apple pie. 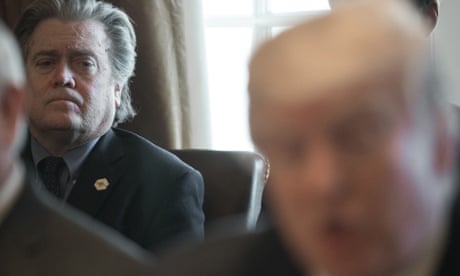 He is a sign of our spiritual bankruptcy – all spectacle and no substance, all narcissism and no empathy, all appetite and greed and no wisdom and maturity. His triumph flows from the implosion of a Republican party establishment beholden to big money, big military and big scapegoating of vulnerable peoples of color, LGBTQ peoples, immigrants, Muslims, and women.

It also flows from a Democratic party establishment beholden to big money, big military, and the clever deployment of peoples of color, LGBTQ peoples, immigrants, Muslims and women to hide and conceal the lies and crimes of neoliberal policies here and abroad; and from a corporate media establishment that aided and abetted Trump owing to high profits and revenues.

Obama did not produce Trump, but his Wall Street–friendly policies helped facilitate Trump’s pseudo-populist victory. Obama’s reluctance to confront race matters in a serious and substantive manner did not cause the ugly white backlash, but Obama’s hesitancy did not help the opposition to white-supremacist practices.

And, more pointedly, both Obama and Trump – two different faces of the imperial meltdown – supported military buildups, wars against Muslim-majority countries, drone strikes, the Israeli occupation of Palestinian lands and people, illegal imprisonments of innocent people, night raids on poor Muslim families, and inhumane detention camps. These war policies and war crimes have come back to devour what is left of America’s democratic soul.

The painful truth is there is no Donald Trump without Barack Obama, no neofascist stirrings without neoliberal policies

The artistic excellence in the best of black music – including the magnanimity and majesty of the sound – sets the standards for the black freedom struggle.

These standards consist of radical freedom in love and radical love in freedom – the freedom to tell the truth in love about one’s self and world, and the love of the truth as one freely speaks and lives.

In this way, the terror and trauma suffered by the people in Gaza, Iraq, Pakistan, Yemen, and India (especially with Dalit peoples) are inseparable from the trauma and terror in Baltimore, Ferguson, Oakland and Chicago.

Another sign of hope is Reverend William J Barber II, the most Martin Luther King–like figure in our time. His Moral Monday movement and now the Poor People’s Campaign is, alongside people such as Father Michael Pfleger and his great ministry at St Sabina Church in Chicago, the Reverend Katie M Ladd at Queen Anne United Methodist Church in Seattle and the Reverend Michael McBride at the Way Christian Center in Berkeley, California, the last hope for prophetic Christianity in America.

Like the Movement for Black Lives, the 8 March 2017 women’s mobilization was a grand sign of hope. It shattered the neoliberal hegemony of the Women’s March of 21 January 2017 over the “feminist” label. In stark contrast to the fashionable corporate feminism, boss feminism and top-down feminism of the corporate media, the 8 March women’s mobilization put class matters, gender matters and LGBTQ matters at the center of race matters and empire matters.

The historic moment of Standing Rock, in which indigenous nations came together in a struggle for sacred lands, self-respect and control over resources was another grand sign of hope.

Race matters in the 21st century are part of a moral and spiritual war over resources, power, souls and sensibilities. There can be no analysis of race matters without earth matters, class matters, gender matters and sexuality matters and, especially, empire matters. We must have solidarity on all these fronts.

As we fight back, we remember the great visionary and exemplary figures and movements of the past. These precious memories focus our attention on things that really matter – not spectacle, image, money, and status but integrity, honesty, dignity, and generosity.

This focus locates and situates us in a long tradition of love warriors—not just polished professionals or glitzy celebrities – but courageous truth tellers who fell in love with the quest for justice, freedom, and beauty.

The end of Dhaka’s innocence