The businessmen of Abu Dhabi has expressed their keen interest to invest in ceramics, petroleum, oil and gas sectors in Bangladesh.

The interest was shown when a 14-member Dhaka Chamber of Commerce and Industry (DCCI) trade and investment promotion delegation to the gulf countries, led by Md. Sabur Khan, had a business meeting on Monday with the Abu Dhabi Chamber at Abu Dhabi, said a release of the Dhaka Chamber.

During the meeting, a Memorandum of Understanding (MoU) was also signed between DCCI and Abu Dhabi Chamber. According to the MoU Abu Dhabi Chamber of Commerce is very keen to work together with DCCI to boost bilateral trade.

DCCI President Md. Sabur Khan said that the DCCI is planning to open a Regional Office in the United Arab Emirates (UAE) to promote two-way investment and trade between Bangladesh and the Gulf Cooperation Council (GCC) (comprises of Saudi Arabia, Kuwait, Bahrain, UAE, Oman and Qatar).

He said that the Regional Office will help organize trade missions and exhibitions as well as events to promote business event that will benefit the business community of both the countries.

Md. Sabur Khan also expressed his keen interest to engage more with large businesses of the GCC countries and explore investment and trade opportunities that will help boost economic relations with the Gulf countries, where a large number of non-resident Bangladeshis (NRBs) live, work and also do their businesses successfully. 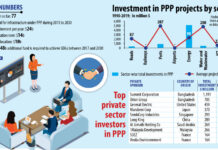 Import, manufacturing of oceangoing large ships may get VAT waiver