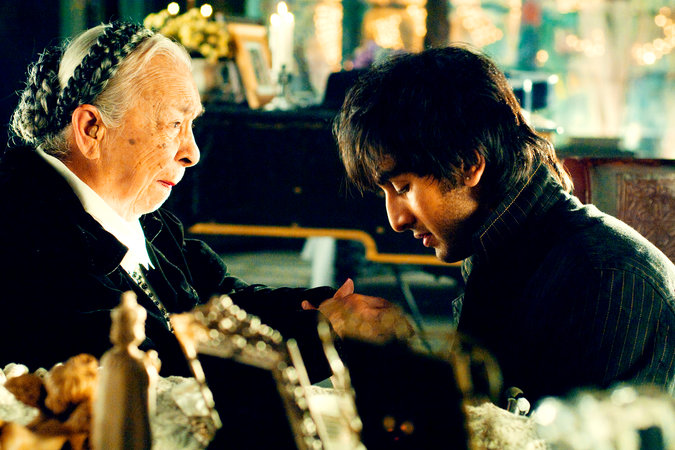 Zohra Sehgal, a beloved Indian actress and dancer who continued making movies into her 90s, died on Thursday in New Delhi. She was 102.

Her death was confirmed by her daughter, Kiran.

Western audiences became familiar with Ms. Sehgal beginning in 1962, when she moved to England and appeared on television in several episodes of “Doctor Who”; “The Courtesans of Bombay,” a Merchant Ivory docudrama directed by James Ivory (1982); and the mini-series “The Jewel in the Crown” (1984).

She also had a part in “Bend It Like Beckham,” the popular 2002 movie about a daughter of orthodox Sikhs who rebels by running off to Germany with a soccer team.

An accomplished ballet dancer before she began acting, Ms. Sehgal studied dance in Germany and joined the pioneering Indian dancer and choreographer Uday Shankar’s troupe in 1935. She performed in Japan, Egypt, Europe and the United States.

She then spent 14 years with the Indian People’s Theater Association and the Prithvi Theater. Though principally a stage actress in those years, Ms. Sehgal had small roles in movies including “Neecha Nagar,” which won the grand prize at the 1946 Cannes Film Festival. She also choreographed a few Hindi films, including Raj Kapoor’s masterpiece “Awaara” (1951).

After her years in England, she returned to India in the mid-1990s and continued acting there, in films, theater and television. Her performances in films like “Bhaji on the Beach” (1992), “Hum Dil De Chuke Sanam” (1999), “Kal Ho Naa Ho” (2003) and “Sawariya” (2007) as well as “Bend It Like Beckham” were warmly received by critics and audiences. She continued to receive film offers even as she approached her 100th birthday.

Ms. Sehgal received civilian awards from the Indian government in 1998, 2002 and 2010. Prime Minister Narendra Modi paid tribute to her on Twitter on Thursday, describing her as “prolific and full of life.”

Sahibzadi Zohra Begum Mumtaz-ullah Khan was born in a traditional Muslim family on April 27, 1912, in Saharanpur, in the northern Indian state Uttar Pradesh. She was the third of the seven children of Mumtazullah Khan and Natiqua Begum. A sister, Uzra Butt, also became an actress. As an infant, Ms. Sehgal lost the vision in one eye from glaucoma. Her husband, Kameshwar Sehgal, a scientist, painter and dancer, died in 1952. She is survived by her daughter.