In local markets hides and skins were collected on the basis of pieces, not on measurement of square feet.

excuse of having shortage of liquid money as the Dhaka Tannery owners did not clear their dues yet.

The rawhide trade centres in Chamarpatty and Padmabaty areas in Barisal city on Wednesday and Thursday, had adequate supply of the raw skin but prices became 20%-25% lower than last year.

The tannery owners in Dhaka fixed Tk35-40 per sq ft of cattle skins. However, in local markets hides and skins were collected on the basis of pieces, not on measurement of square feet.

Ali Ahmmad, a Barisal collector said: “Local bulk purchasers forced us to sell the pieces at a lower price. Hides of big, mid and small size cows have been sold around Tk450-500, Tk350-400 and Tk200-250, respectively.

Yunus,Khaled, Osman,Tarik, retail rawhide and skin collectors came from different areas of Barisal Sadar Upazila, said they had collected raw hide and skins of cows from Tk400-Tk500 per piece.

They claimed the bulk collectors were offering them less than 40% of collection price, blaming the shortage of liquid money, as they failed to realize arrear dues from the tannery owners in Dhaka and increasing labour and preservation cost.

Nizamuddin from Saheber Hut area said: “I had to return home with 20 pieces of cow skins due to low price and I don’t know what to do with these now.”

Shahidur Rahman Shahin, secretary of the Barisal Hide and Skin Merchants Association (BHSMA) said they had targeted to collect more than 35,000 pieces of cow-skin and 5 thousand pieces of goat-skin from the region.

He said: “But this year we could not achieve the target because of liquidity crisis as tannery owners from Dhaka have not yet paid our old dues worth Tk2.5 cores. The government did not provide any incentive for this business too.”

He further said: The Tk35-40 per sq ft price was fixed after consulting with the government’s Bangladesh Tannery Association (BTA), for rawhides supplied from outside of Dhaka.”

“However, expenditures of preservation cost including salt, labour cost and system loss were ignored during fixing the rate,” Shahidur explained.

“We were bound to collect the skins in lower rates and not by the rates fixed by the BTA,” said Zillur Rahman Masum joint secretary of BHSMA.

He added: “The collectors are illogically blaming us for syndicating the business, without understanding the real problem of shortage of capital flow.” 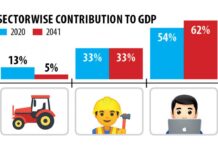