Police yesterday arrested a Jubo League leader for his alleged links with the abduction of six-year-old Parag Mondol less than two hours after a High Court ruling.

The HC asked the government to explain in a week why it should not be directed to arrest Shubhadda Union unit Jubo League president Aminul Haque Molla alias Jewel Molla, the alleged mastermind of the kidnapping, and Ameer Hossain, the ringleader of the abductors.

The court ruling came following a petition by Nazim Ahmed, editor of weekly Shoptoporno, who sought HC’s directive on law enforcers for arresting Jewel and Ameer.

With the latest arrest, the number of detainees in connection with the abduction stands at 10.

However, Dhaka Metropolitan Police has yet to confirm the arrests of Ameer and his close aide Al Amin. But Rajbari police said a DB team had arrested the duo from Goalanda on Tuesday night.

Armed criminals abducted Parag, son of Bimol Mondol, shooting his mother, sister and their driver near their house in Shubhadda Paschimpara while they were about to board their car for going to school on November 11 morning.

The boy was freed after three days reportedly on a ransom of Tk 50 lakh. But police and Parag’s family denied paying the ransom.

Jewel was arrested as a suspect and his role was yet to be unearthed, said Habibur.

Replying to a query on the arrests of Ameer and Al Amin, he said, “We have arrested all the suspects in Parag’s abduction except for Ameer.”

Sub-inspector of South Keraniganj Police Station Monirul Huq, also investigation officer of the case filed in connection with the abduction, said they had arrested Jewel at about 2:00pm in Keraniganj and DB personnel took him to the DB headquarters in the capital.

Despite repeated attempts, no DB official could be reached for comments.

Sources in the police and Rab said Parag’s abduction was plotted by Jewel Molla, who had helped Ameer get released from prison on a HC bail nearly two months ago.

Jewel had planned to abduct Parag to get ransom from his father. An armed gang led by Ameer abducted the child on Jewel’s instructions, said the sources.

But police didn’t arrest Jewel because of his political clout. They claimed that they had no trace of him though Jewel held a press conference at the Jatiya Press Club on November 18 claming himself innocent.

HC RULING
During the hearing on Nazim’s petition filed on November 21, Deputy Attorney General Amit Talukder told the court that law enforcers had reportedly arrested Al-Amin, a close aide of Ameer, and seized a motorbike on Tuesday.

The petition said police arrested six suspects for Parag’s abduction. Three of them admitted to their involvement in the crime and disclosed the names of Ameer and Jewel as the main plotters.

Nazim prayed to the court for issuing directives on law enforcement agencies to arrest the duo in the interest of the people and said, otherwise, law and order will deteriorate.

The HC bench of justices AHM Shamsuddin Choudhury Manik and Farid Ahmed fixed November 29 for a hearing on the ruling. 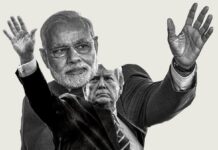 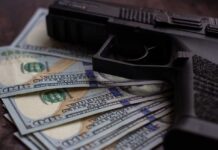 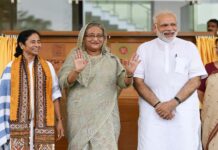