Narendra Modi said India had been shamed by a recent spate of rapes, as he made his first Independence Day speech as prime minister.

He called on parents to take responsibility for their sons’ actions, saying parents must teach their sons the difference between right and wrong.

Mr Modi also pledged bank accounts for all and toilets in every school.

The capital has been under a blanket of security, with thousands of police and soldiers deployed across the city.

Mr Modi, who led his party to victory in this summer’s general election, addressed the nation from the 17th Century Red Fort in Delhi.

He did not read from a prepared text and for the first time in many years the prime minister did not stand behind a bullet-proof screen. 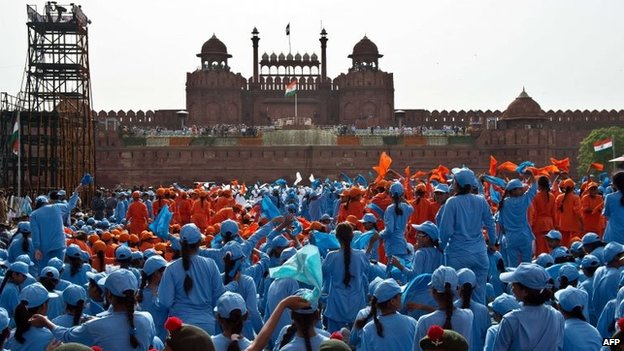 A large number of schoolchildren were present for the celebrations

Prime Minister Narendra Modi’s first Independence Day address carried some very significant social messages. In a departure from tradition, Mr Modi spoke extempore, without consulting any notes, and in his hour-long speech, did not falter even once.

He talked about societal and family responsibility in ending rapes, advising parents to bring up better sons and not just question daughters. He lamented the skewed sex ratio and appealed to doctors to end abortion of female foetuses and advised mothers not to hanker after sons. And he spoke proudly of the “29 medals women athletes have won” at the 2014 Commonwealth Games.

Over many years, prime ministers have used their annual Independence Day speeches to warn Pakistan and for grandstanding, but Mr Modi used the historic occasion to say how he was bothered by the all-pervasive filth around him and why India must end open-air defecation and build more toilets.

The address, televised live across the country, received a huge thumbs up with many Indians taking to social media to describe it as “refreshing”, “inspiring” and “impressive”.

But critics have used the occasion to question his performance in the months since taking over as prime minister and his government’s failure to deliver reforms to overhaul the economy going through the worst slowdown in two decades.

It’s a speech not easy to find fault with, but critics say Mr Modi will ultimately be judged on his performance.

Unlike previous leaders, he did make any grand announcements or criticise arch-rival Pakistan.

Instead, Mr Modi spoke about how growing sex crimes against women had left him ashamed and asked Indians to stop discriminating against female children.

Scrutiny of sexual violence and rape in India has been high ever since a 23-year-old student was gang-raped on a bus in Delhi in December 2012.

The outcry over the crime forced India to introduce tough new laws, but there have since been more high-profile assaults, including a number of attacks on foreign tourists.

“When we hear about these rapes our heads hang in shame,” Mr Modi said. 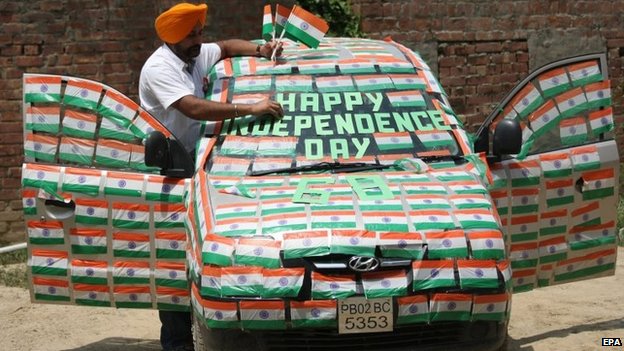 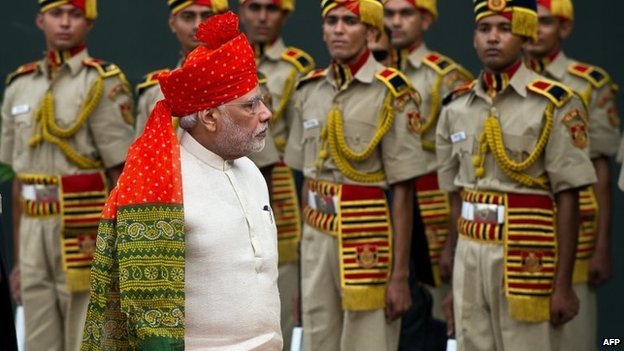 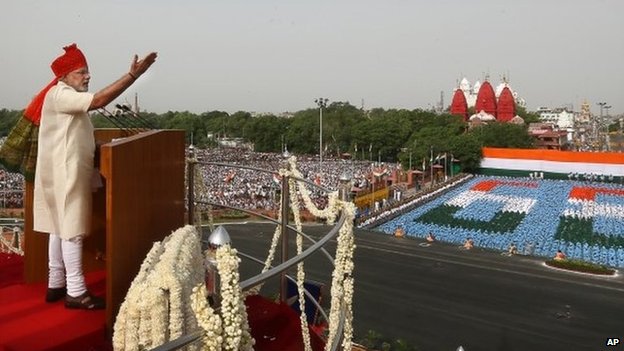 Nearly 10,000 people were present at the Red Fort in a departure from the last few years when the event was attended only by officials 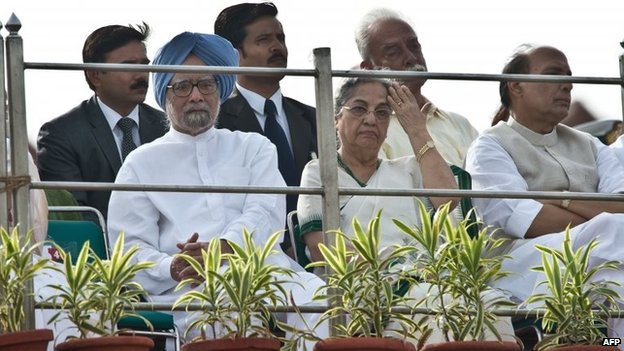 “Young girls are always asked so many questions by their parents, like ‘where are you going?’. But do parents dare to ask their sons where they are going?” he asked.

“Those who commit rape are also someone’s sons. It’s the responsibility of the parents to stop them before they take the wrong path,” he added.

Mr Modi also talked about turning India into a manufacturing hub and moving from an import-based economy to an export-driven one.

He pledged bank accounts for all in a country where nearly 40% of people have little access to financial services and are often at the mercy of moneylenders who charge extortionate interest.