The United Nations Development Programme (UNDP) has terminated an Election Commission project it had been backing eight months ahead of its scheduled closure. 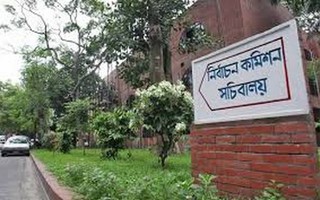 The UN agency said the “Strengthening Election Management in Bangladesh” would be closed at the end of this month due to “withdrawal of donor funds for the project”.

The termination came close on the heels of those countries expressing reservations about Bangladesh’s recent elections.

They were mostly critical of the Upazila elections last year and the recently held city corporation polls since there were allegations of massive irregularities despite the participation of all parties.

The EC did not investigate any of those alleged violations.

British High Commissioner Robert Gibson recently said it was a “shame” that the Commission had not investigated the city polls rigging complaints.

An UNDP official, however, told bdnews24.com the donors, in their letters cancelling project funding, had not mentioned anything concerning elections.

“Actually, all the related training and capacity-building activities (under the project) have been finished,” the official said, seeking anonymity.A diplomat of a European country, however, told bdnews24.com that this termination was “symbolic”.

“We wanted a fair Upazila and later city corporation polling as all parties joined those elections after the parliamentary election boycott. But it did not happen.

“We demanded investigations into those irregularities, but the Commission did not pay heed to our concerns. At this point, we think we have nothing to do with the Commission,” the diplomat said.

The diplomat, however, said major activities of the project had already been completed before its scheduled ending in Mar next year.

The UNDP said this project contributed “to strengthening the Election Commission through training in electoral management and introducing modern electoral practices, including a state-of-the art voter registration system”.

It, however, said it would continue to work on “strengthening democratic governance” in Bangladesh.

The UN has been supporting the electoral process in Bangladesh since 1995.