For the first time in the history of Bangladesh, the foreign exchange reserve crossed US$ 20 billion mark on Thursday with $20.03 billion.

With the huge foreign exchange reserve, it will be possible to meet import bills for more than six months, according to sources at the Bangladesh Bank.

The central bank attributed the forex reserve boost to increased inflow of foreign currency following various time-befitting steps from the Bangladesh Bank, keeping the dollar-Taka exchange rate stable, increasing the amount and utilization scope of the Export Development Fund (EDF), increased export earnings due to the incentives provided to the exporters from the government, satisfactory flow of inward remittance, increased Foreign Direct Investment (FDI) and increasing trend of foreign financing receipts by the private sector.

Besides, the decreasing trend of food import following good food yield in the country alongside decline of global food price, stable fuel price and reduction in overall import liabilities are one of the main reasons for boosting the country’s foreign currency reserve.

With its current foreign currency reserve, Bangladesh will be able to face any kind of internal and external economic shock.

As per the international standards, a country must have enough foreign currency reserves to settle at least three months’ import bills. 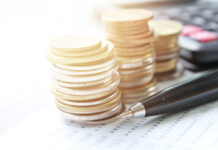 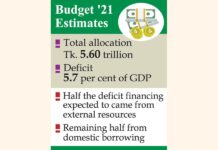 ADB: Climate change to eat up 9% of GDP growth