The Rohingyas – a distinct Muslim ethnic group who are effectively stateless – have been fleeing Myanmar for decades. But a combination of factors means many are now stranded in rickety boats off the coasts of Thailand, Malaysia and Indonesia with dwindling supplies of food and water.

Also on the boats are thousands of economic migrants from Bangladesh fleeing grinding poverty at home.

Why are the Rohingyas fleeing Myanmar? They are denied basic services and their movements are severely restricted. The repression of the Rohingyas has gradually intensified since the process of reforms introduced by President Thein Sein in 2011, Brouk says. In June and October 2012 there were large scale attacks on Rohingyas in Rakhine State following the gang rape of a Buddhist woman.

In addition, the government in March revoked temporary registration certificates issued to hundreds of thousands of Rohingyas, meaning they can no longer vote.

So inflammatory is the Rohingya issue that opposition leader Aung San Suu Kyi has been criticised for failing to raise it.

In the past three years, more than 120,000 Rohingyas have boarded ships to flee abroad, according to the UN refugee agency. It says 25,000 migrants left Myanmar and Bangladesh in the first quarter of this year, about double the number over the same period last year. Between 40-60% of the 25,000 are thought to originate from Myanmar’s western state of Rakhine.

Why are they stranded at sea?

As many as 8,000 migrants from Bangladesh and Myanmar are believed by the International Organization for Migration (IOM) to be stranded at sea.

The Thai government has recently begun to crack down on smugglers who have traditionally taken them to camps in southern Thailand and effectively held them ransom. As a result the smugglers are now reportedly abandoning them at sea. Not only are countries in the region unwilling to let them land, fishermen are being told not to help them. Who are the Rohingyas?

Whose responsibility is it to ensure that the refugees are fed and watered?

Most aid agencies and NGOs agree that countries in the region have a moral imperative – if not a legal requirement – to do this if the refugees are in their territorial waters.

Legal experts point out that some countries may be unwilling to act because by doing so they are more likely to be exposed to the principle of non-refoulement, whereby refugees cannot be forcibly returned to places where their lives or freedoms may be threatened.

Can the Rohingya problem be resolved?

“Not until or unless the international community puts pressure on Myanmar to improve the lives of the Rohingya community,” Chris Lewa argues, “because ultimately it is only Burma who can solve the problem.” Critics argue these countries have been quietly ignoring the plight of the Rohingyas for years and as a result now find themselves enveloped in a deepening humanitarian crisis.

A series of meetings have now been called in the region to address the crisis, but Myanmar is refusing to attend them. 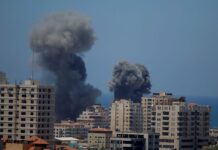 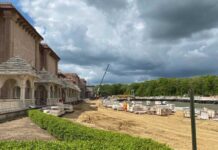 Your secularism is cold

India should enable on-arrival visas at all points of entry