On the night of May 17 I saw on the TV news that Rozina Islam, the journalist who I felt deserved a Pulitzer Prize, had been detained for five or six hours in the health ministry and was being handed over to Shahbagh Thana. Photo: Muntakim Saad
Rounaq Jahan

It has been nearly two weeks since the shocking news about journalist Rozina Islam’s harassment and imprisonment jolted our conscience. I have earlier written an op-ed published in the Prothom Alo on May 25, 2021 titled, “Sangbadik Rozina Islamer Karabash Amader Ki Barta Dilo?”, where I tried to highlight how the whole incident might have played out in the minds of ordinary citizens by illustrating my own reaction to it. Rozina Islam first entered into my consciousness on April 10, 2021 when I read her report titled, “Ekhon Ek Koti, Pore Aro Paben” (Take 10 million now, will pay more later), published in the Prothom Alo. I was impressed with the professional quality of her writing and thought if we had a prize like the Pulitzer Prize in the US, this report deserved it. I contemplated drawing the attention of my colleagues at Columbia University to the report to showcase the quality of our investigative journalists.

Written with objectivity and supported by evidence, Rozina cited the statements of both those who had brought allegations of corruption as well as those who were being accused of corruption. What struck me after reading the report was not that corruption is taking place in the health ministry—we all know it does—but that there are still some honest officials working in the ministry who had rejected the lure of crores of taka in bribes and had the courage to seek action against the corrupt. And indeed as a result some of the corrupt officials were transferred. I felt somewhat assured that side by side with the corrupt, there are also many honest officials and perhaps it is because of the latter that the country is moving ahead.

On April 20 and 30 I read two other reports by Rozina. These too dealt with the irregularities and lack of coordination in the health ministry. Her sources were officials within the ministry. Rozina and her sources were not promoting their own interests or the interests of a handful of people. The exposure of these incidents served public interest. I had hoped that the problems Rozina had so painstakingly exposed, would soon be addressed.

But two weeks later on the night of May 17 I saw on the TV news that Rozina Islam, the journalist who I felt deserved a Pulitzer Prize, had been detained for five or six hours in the health ministry and was being handed over to Shahbagh Thana. The events of the next few days unfolded like a Kafkaish nightmare. Rozina spent the whole night at the police station and a case was filed against her for “stealing” official documents. The next morning she was taken to the court and instead of getting bail she was sent to Kashimpur prison. She was not granted bail in her next court hearing and continued to stay in prison. I was stunned. I kept thinking, why was the journalist, who had dug out information on corruption, not being rewarded by the state, but was sent to prison instead?

I have never met Rozina. After doing an internet search I found that in the past she had published investigative reports on corruption in various ministries. Each report reflected her professionalism. She has received several awards, local and international. All her reports indicate that she had always collected information from her sources within various ministries. This is a standard practice of all investigative reporters. In an article titled, “khurte khurte gorom khabar”, published in the Prothm Alo on November 14 , 2014, she wrote about the challenges she faced in collecting such information, particularly as a woman journalist. She narrates how she unearthed two incidents of corruption in the Ministry of Liberation War Affairs, one on fake Mukhti Joddha certificates and another on adulteration of gold crests which were awarded to foreign friends who helped our Liberation War in 1971. She discusses the painstaking processes of digging out such information with proper evidence and the minute scrutiny by her editors before a decision is taken on publication of such reports.

We have only a limited number of investigative journalists in our country. There are even a fewer number of newspapers that continue to publish such reports. Prothom Alo for many years has been publishing high quality investigative reports. Perhaps that is the reason it has become the most popular newspaper in the country.

Rozina Islam is accused of the crime of stealing official documents under the Official Secrets Act of 1923, a law enacted by the British colonial administration. Journalists and researchers frequently collect information from official sources which some officials may consider as a breach of official “secrecy”. I remember back in 1968 when I came to Dhaka to collect data for my PhD thesis at Harvard, some high ranking government officials gave me documents stamped “Secret and Confidential”. These documents only contained data on economic disparities between East and West Pakistan which I used in my thesis, later published as a book titled, Pakistan: Failure in National Integration, published by Columbia University Press in 1972. I never felt at that time or even now that I was “stealing” secret state papers. My book has been a standard text for students of political science for the last 50 years. Many official documents are unnecessarily stamped with the words “SECRET”, but they do not actually contain any information which should not be disclosed in the public domain. In fact, disclosure of correct information prevents rumours and misinformation and serves the national interest.

Government officials also differ among themselves as to what can be shared with journalists and researchers and what cannot. After all, Rozina’s sources were always government officials and they felt that public interest would be served if the information on corruption was exposed. When I was doing research on the elections in the 1970s, quite accidentally I met a high ranking government official who told me that he received a long police complaint against me and my research which he dismissed and hadn’t even felt the need to apprise me about! In recent years I had a mixed experience. One Chief Election Commissioner shared with me information and documents, but his successor refused to provide me the same kind of information. Many times an individual government official decides what she/he considers as “secret and confidential”.

On May 23, 2021 Rozina Islam was finally granted interim bail with some conditions and released from prison. We still do not know what action has been taken against the officials who took the law into their hands and detained her in the ministry. We all hope the case against Rozina would be withdrawn soon so that it does not hang over her head like the sword of Damocles as has happened with many editors and journalists.

What messages are the citizens getting from the Rozina Islam incident? When a journalist with a track record of exposing corruption is harassed and imprisoned, does it convey the message of “zero tolerance” against corruption? When we feel assured only after several ministers give us assurance about fair treatment and justice for Rozina what does it indicate about the state of due process of law?

The journalists and civil society activists have long been agitating against the Digital Security Act and other laws and clauses in various laws that limit freedom of expression. We hope that the government will finally repeal these laws and clauses rather than just making promises that they will not be abused to harass journalists and others. The citizens of a democratic state should not have to depend on the assurance of ministers, nor should they have to agitate on the streets seeking protection of their fundamental rights which they should take for granted under the constitution.

The Covid-19 pandemic has exposed the weaknesses of our health sector, particularly in management, implementation and utilisation of allocated resources. By identifying these weaknesses the media is playing a helpful role so that the sector can improve its efficiency and integrity to rise to the challenges posed by the pandemic. The media should be encouraged and supported both by the state and the citizens in carrying out its important function of bringing transparency and accountability to the actions of the state.

Rounaq Jahan is a political scientist and a Distinguished Fellow, Centre for Policy Dialogue (CPD). 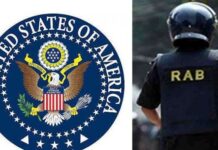 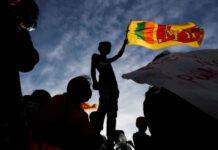 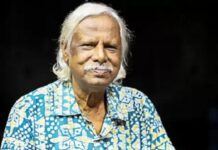 Data distraction and our budget

The uncomfortable truth about enforced disappearances: How long will justice remain elusive?