The ongoing political unrest has seen both domestic and foreign investments dry up for the last one year, severely narrowing the avenues to create jobs.

This has also led to a liquidity freeze in the banks.

The experts are of the view that Bangladesh’s economy could have grown one to one and a half percent more had it enjoyed political stability.

In last one decade, the economy has clocked an average 6 percent growth. To develop into a middle-income country, the GDP growth should be eight percent.

In fact, political unrest impacts every indicators of the economy and is leaving the future uncertain.

The impact of political programmes like general strikes and blockades is not confined to any specific sectors; businesses ranging from roadside makeshift shops to industries, agriculture and service are being affected.

The Opposition enforced 55 days of general strikes in the current year. More than 100 people have been killed, several thousand injured and numerous vehicles damaged during the shutdowns.

The political instability has slowed down investment and soiled the national image abroad.

According to the Board of Investment (BOI) statistics, both local and foreign investment is on the decline.

The situation was similar in case of foreign investments – in 2012-13 fiscal, 219 projects were registered – two fefwer than last year.

Between July and October, 35 foreign investments were registered but most of them are yet to launch, thus stopping the possible sources of employment.

BOI Director Touhidur Rahman Khan held political instability and several other factors including power and energy crises and lack of infrastructures responsible for the dwindling investments.

Meanwhile, idle liquidities are piling up in banks.

Recent account of the Bangladesh Bank showed that Tk 280 billion available for lending to the banks were idle until Nov 12.

Central bank Governor Atiur Rahman in a recent programme had said the country could have attained a GDP growth 1 to 1.5 percent higher than what it attained last year.

The Bangladesh Institute of Development Studies (BIDS) Research Director Zaid Bakht said: “Political stability is the precondition for any economic growth. Business and investment are caught in uncertainty because of political unrest.”

“It hinders supply of goods, which obstructs production and increases the prices of commodities,” he added, speaking to bdnews24.com.

A recent survey of the DCCI also showed that overall economic loss during a strike day was Tk 16 billion.

But the UNDP claimed the rate of loss was much more than it seems. At least 3-4 percent of Bangladesh’s GDP is lost due to the shutdowns, it said.

Donor agencies, including the World Bank and Asian Development Bank, have said Bangladesh would not be able to reach its projected GDP growth if the ongoing political crisis continues.

The government has projected the current fiscal year’s GDP at 7.2 percent. 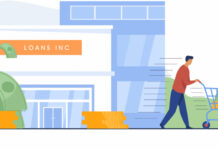