To end poverty, we need peace and justice first

Today we live in a world that is more divided than ever. It’s filled with hatred, double standards and hypocrisy, conflict, war, uncertainties and many other destabilising factors. Some regions are enjoying unprecedented levels of peace, security, and prosperity, while others are failing to move out of a chronic cycle of conflict and violence. At present, more than half of the food-insecure people live in countries with ongoing violence, and more than three-quarters of the world’s chronically malnourished children live in conflict-affected regions. Projections by the World Bank and the Organisation for Economic Co-operation and Development (OECD) and others estimate that by 2030, between 50 percent and 64 percent of the global poor will live in countries affected by fragility, conflicts, and high levels of violence.

According to the latest data from the United Nations, since 2010, state-based conflict has increased by 60 percent and armed conflict within countries has increased by 125 percent. Globally, every minute, 25 people are forced to flee their home because of war, conflict and persecution. Those displaced are forced to seek safety in neighbouring countries where they live in makeshift camps in horrible conditions, often struggling to meet basic needs like health, education and access to food, housing, water and sanitation, to name a few. Upon their arrival to a new country, they also face social discrimination and exclusion, lack of participation in economic, political decision-making that reduce the overall quality of a person’s life, and thus they get caught in a poverty trap.

Today, more than 10 percent of the world’s population live in extreme poverty. Of them, 413 million live in sub-Saharan Africa, and 18.6 million live in the Middle East and North Africa. Globally, more than 736 million people live below the international poverty line, surviving on less than USD 1.90 a day. Poverty reduction has been central to our development policy for decades, but these intensifying wars, armed conflicts and violence are delaying the process while destroying agricultural infrastructure and other national resources in some of the world’s poorest nations, pushing millions into poverty. Social scientists and economists argue that once a country experiences conflict, it faces a reversal of economic development, because when a war or armed conflict begins, its consequences extend far beyond human casualties. You have loss of properties, livestock and agricultural commodities, destruction of infrastructure, etc. According to the World Humanitarian Data and Trends 2017 report, the estimated economic cost of armed conflict, war and violence is USD 14.76 trillion, equivalent to 12.4 percent of the global GDP.

It is widely known that without a peaceful and inclusive environment, development isn’t sustainable. Different research findings have revealed that over the past decade, countries that improved in peace had GDP growth rates almost seven times higher than that of countries that saw a decline in peace. Take Sri Lanka, a country that emerged from a 26-year-old civil war in 2009. Today, it has become one of the fastest growing economies in the world. In the last 10 years, Sri Lanka has halved its poverty gap from 15.2 percent to 7.6 percent and doubled its per capita income. Similarly, despite some challenges, Bangladesh and India were fairly stable and peaceful for the past few decades which, in turn, produced impressive economic growth that helped to reduce the level of poverty. Between 2000 and 2016, Bangladesh has lifted about 8 million people out of poverty, while 271 million people in India moved out of poverty between 2005 and 2016. These numbers underscore the importance of peace.

War and armed conflict are definitely not the single cause or consequence of poverty, however. Things like greed, corruption, unequal distribution of resources, unfair trade, criminal and political violence can too drive and perpetuate poverty. As Nobel Peace Prize Laureate Tawakkol Karman has put it: “Peace does not mean just to stop wars, but also to stop oppression and injustice.” Peace within one country is no less important than peace between countries. Today, we are witnessing great oppression by many governments of the world. While the primary task of the leaders is to ensure the economic and social well-being of citizens, sadly, some are oppressing their own people. These so-called leaders are deliberately depriving the citizens of basic rights and freedoms which are essential for the success of any anti-poverty strategy.

Now, here is an interesting fact. According to the Food and Agriculture Organization (FAO) of the United Nations, the world already produces more than one and a half times enough food to feed everyone on the planet. That’s enough to feed 10 billion people, the population peak we expect by 2050. So the question is, if there is no food shortage or famine, no one’s survival depends on someone else’s death, then what are we fighting for? The answer was given by many but the one I like most was by Mahatma Gandhi, who said, “The world has enough for everyone’s need, but not enough for everyone’s greed.” Today, only a handful of economic and political elites are setting the rules of the world. According to an Oxfam report, the world’s 26 richest people now hold the same wealth as the poorest half of the global population. The world’s billionaires are growing USD 2.5 billion richer every day, while the poorest half of the population are seeing their net worth dwindle. “The billionaire boom is not a sign of a thriving economy but a symptom of a failing economic system,” said Winnie Byanyima, executive director of Oxfam International.

Let’s recall that world leaders have committed to “end poverty in all its forms everywhere” by 2030 as part of the Sustainable Development Goals (SDGs). Only 11 years are now left, so if we are serious about achieving this goal, we need to treat the root causes of the problem—not just the symptoms. Based on the above analysis, we can draw a conclusion that poverty or hunger is not a natural phenomenon. It is a man-made tragedy. According to a report by the Stockholm International Peace Research Institute (SIPRI), world military expenditures rose to USD 1.8 trillion in 2018, representing an increase of 2.6 percent from 2017. While millions of dollars are devoted to killing people, there is much less money spent to keep people alive. Therefore, if we really want to achieve the goal of eradicating poverty from the world, we must stop war and oppression now, and ensure peace. Peace and upholding of human rights are prerequisites for prosperity and the fulfilment of people’s aspirations. So, to end poverty by 2030, the focus must be on global peace. 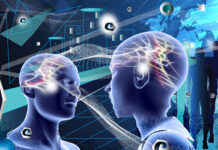 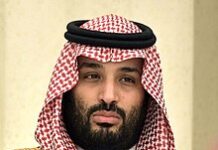 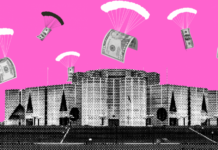 Bangladesh on the Brink

Clash of Ideologies Plunges Bangladesh into Cycle of Violence