Bangladesh batsman Mahmudullah is seen upon the team’s arrival from Pakistan at the Hazrat Shahjalal International Airport on Tuesday. — BCB photo

Chief selector Minhajul Abedin on Tuesday took a swipe at national team players’ negative approach in Test cricket after they suffered another humiliating defeat against Pakistan in the Rawalpindi Test.

The Tigers conceded an innings and 44-run defeat against hosts Pakistan in the first of two-match Test series on Monday after displaying a poor batting performance in both innings of the Test.

In a batting-friendly surface, Bangladesh were bowled out for 233 runs in their first innings despite several players getting decent starts and in the second innings they provided an even more disappointing performance, getting all out for just 168 runs to lose the Test within the first session of fourth day.

The defeat against Pakistan was their sixth straight defeat in Tests, with five of them coming by an innings margin, which further highlighted their incompetence in the longest format.

‘Of course the performance in the longer version is worrying for us. The performance in foreign soil is very important. It is important how the players are approaching this format and making plans,’ Minhajul told reporters in Mirpur.

‘It is difficult if the players don’t possess the mind-set of playing for five days. We have to come out from that. They players are doing well on home soil but they are failing in abroad. This is really disturbing. We have to decide what is best after the management returns,’ he added.

Among the national players, Tamim Iqbal struck a triple hundred while skipper Mominul Haque, Mahmudullah and Liton Das scored hundreds in BCL but all of them failed to score a 50-plus score in any of the innings of the Rawalpindi Test.

‘The performance completely depends on the players. They are getting all the facilities…Before going to Pakistan, they played a BCL first-class match and all of them performed really well,’ he said.

‘It is not like they are not playing four-day matches and just playing five-day matches. Performance comes ahead of everything and we can’t compromise with that,’ he added.

Minhajul was, however, hopeful that the players would make a turnaround during in their one-off Test series against Zimbabwe, scheduled on February 22-26 in Mirpur and would be able to deliver good performances.

‘It is difficult to be in same place all the time. There are ups and downs in cricket. No team can say that they will play in one standard for a long period. We haven’t played really well in the last six months but I hope that we will be able to make a comeback with the home series,’ he said.

A group of Bangladeshi players led by skipper Mominul returned home from Pakistan on Tuesday afternoon while the second batch are scheduled to arrive in Dhaka today. 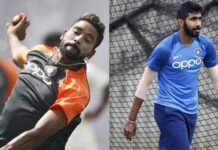 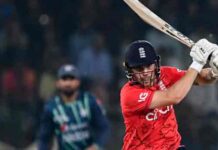