Those wanting the best for the Awami League will be breathing a huge sigh of relief that General Aziz Ahmed is no longer the country’s Chief of Army Staff (CAS). There have been rumours flying around that the prime minister might extend Aziz’s three year contract beyond the middle of June this year, but last week it was announced that SM Shafiuddin Ahmed was replacing him as the next army chief. A formal handover will take place on June 24th.

Aziz’s presence at the centre of power reflected the very worst in Bangladesh politics.

The prime minister appointed him, not due to merit, but because of personal and political loyalty. However, that is par for the course in Bangladesh politics — and the least of the problems in the appointment of someone like Aziz Ahmed.

In order to facilitate Aziz’s posting, in June 2018, Hasina (along with the President) signed a highly unusual presidential pardon freeing one of his brothers from life imprisonment, who was convicted of murder. Presumably, even Hasina realised that it was just too much for the country to have a chief of the army whose brother is in prison for murder!

And then, once Aziz was CAS, the government in March 2019 secretly used another rarely used legal power in the country’s criminal law to remit the life imprisonment sentences of two others brothers who had been on the run for the same murder. This must have happened with full knowledge of Hasina, if not by her order.

Both of these represented extraordinary abuses of the rule of law and due process, employed by the prime minister and the government for self-interested political ends.

And then there was Aziz’s corrupt and criminal support for many years for his two fugitive brothers — Haris and Anis — before they received their remissions. As Al Jazeera Investigative Unit’s film, All the Prime Minister’s Men showed, Aziz helped his brother Haris obtain a fake National Identity Card and a fake passport and facilitated him to travel to Hungary to use these fake documents in order to set up a business under a false name. The number of criminal offences Aziz seems to have committed are multiple — and not just in Bangladesh.

It is difficult to believe that Sheikh Hasina did not know about all this, but even if she didn’t, what did she do once this — along with other claims of corrupt behaviour — was unearthed by Al Jazeera. She did nothing. In any other non-authoritarian country, Aziz would have been toast. But in Bangladesh, he retained the support of Hasina and the government and was able to continue in his position for another four months.

What will happen to Aziz now?

A retired chief of army staff in Bangladesh remains a powerful figure within the country, and there is nothing to think that the prime minister won’t continue her loyal support to her loyal ally — perhaps by giving him some diplomatic posting. His family has already done well in gaining business opportunities whilst Aziz was first the head of the country’s border force and then the army. So, it will be interesting to see if these corrupt perks continue — or if, Hasina feels able to take some kind of action against him and his brothers.

Aziz’s rise to such a high position within Bangladesh, and his continued support from the government even after his true self was revealed so spectacularly to the public, exemplifies what so is troubling about the country’s politics. Loyalty is key, and integrity counts for very little.

Why America is the World’s Most Uniquely Cruel Society 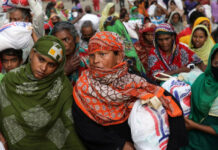 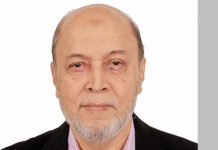 Pay scale: Do University teachers have any bargaining chips?