A Dhaka court has granted bail to war criminal Salauddin Quader Chowdhury’s wife and son in a case filed over leakage of the draft verdict of war crimes case.

The court also rejected the bail plea of Faruk Hossain.

The court set November 24 for the next hearing regarding the arrest warrent issued against Fakhrul’s junior counsel Mehedi Hasan. All the accused of the case were asked to appear before the court on the day.

Earlier, the court issued arrest warrant against the wife and son of convicted war criminal Salauddin Quader Chowdhury on October 14.

Out of the accused, Salauddin Quader’s wife, son and Mehedi Hassan were on the run while the four others are now in jail.

The IO also mentioned 25 people’s names as prosecution witnesses in the charge sheet.

According to the charge sheet, the men leaked parts of the draft verdict from the tribunal and it was uploaded on the websites to make the war crimes trial controversial and questionable.

The verdict copy was sent abroad through e-mail and later it was uploaded on different websites from abroad. 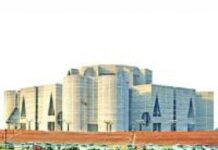 Why is Dhaka at the bottom of livability index? 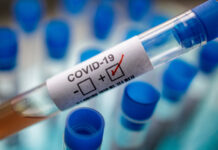 Covid-19 Live Updates: Germany, France and Italy Join Others in Pausing Use of AstraZeneca’s...