Shakib Al Hasan went for runs with the ball and was left to do with too much with the bat during Kolkata Knight Riders’ chase as his side slumped to a 38-run loss to Royal Challengers Bangalore in the IPL match at Chennai today.

RCB won the toss and elected to bat, however KKR were off to a great start thanks to Varun Chakravarthy, who removed Virat Kohli (5) and Rajat Patidar (1) in his second over. That was the end of KKR’s domination with the ball as Glenn Maxwell began to take back control.

Shakib came in to bowl the fourth over and conceded seven runs before Maxwell hit a six and four in his second over — the sixth of the innings — as the Bangladesh all-rounder leaked 17 runs. He was not handed the ball again, finishing with 24 runs for no wickets in his two overs, but it did not improve KKR’s chances as Maxwell took them to cleaners during an impressive 49- ball 78. AB de Villiers came in to bat in the 12th over and got stuck in immediately, ending the innings with a 34- ball 76 as Bangalore posted 204 for four.

Shubman Gill started well during a nine-ball 21 but the top-order batters did not make it count, as KKR were reduced to 74 for four in the ninth over with Dinesh Karthik dismissed by a googly from Yuzvendra Chahal. Shakib walked in to partner captain Eoin Morgan and the duo added 40 runs during a fifth-wicket stand. Shakib hit a six off Maxwell to get things moving with Morgan also looking to go big but after the latter was dismissed after scoring 29, KKR needed 90 runs from the last six overs.

All-rounder Andre Russell started to get things moving, hitting Chahal for 20 runs in the 17th over but Shakib departed to Kyle Jamieson after a 25-ball 26 next over, out trying to shuffle across to his off stumps only to see his leg stump flying. Russell could not get much purchase from the 19th over bowled by Mohammad Siraj, picking up just a single and in the last delivery was bowled by Harshal Patel in the final over as KKR reached 166 for 8 to fall short by 38 runs. 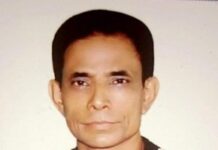