Nancy Folbre is an economics professor at the University of Massachusetts, Amherst.

A multistoried structure cobbled together without much oversight, groaning under its own weight, a source of livelihood but a risk to health and safety – sounds like the garment factory building in Bangladesh, whose recent collapse led to the deaths of more than 1,100 workers.

But it’s also a pretty good description of the current system of private regulation labeled “corporate social responsibility” that promises far more to factory workers around the world than it actually delivers.

In the wake of horrific workplace accidents, including a number of fires, in Bangladesh, attention turned to the behavior of brand-name companies, like celebrities being investigated after servants die at their mansion. No fingerprints on the murder weapon, just bits of paper documenting business connections that activists dug out of the rubble.

Next came much who-did-what-when analysis, including attention to local officials’ statements that Wal-Mart had worked to block a push for increased fire safety last year, in contrast to its more recent decision to increase safety inspections. Several European company commitments to push for improved safety standards could be counterposed with the Walt Disney Company’s decision to leave the country.

But while famous multinationals are vivid characters in the story, they aren’t determining the plot. Increasingly competitive globalization and increased emphasis on flexible, low-cost outsourcing limits their room for maneuver (though not their earnest efforts to improve their image).

Even companies with the best intentions can’t guarantee the well-being of workers in a slippery, writhing global supply chain, with layers of temporary subcontractors. As The Economist points out, the disaster in Dhaka makes it hard for any company to claim credibly that it can be sure that its products are “ethically sourced.”

The amazing proliferation of corporate responsibility efforts over the last two decades has generated considerable research showing that both consumers and investors are willing to pay a significant price for decisions consistent with their moral values. But more attention has been devoted to estimates of the modest price paid rather than the results actually delivered.

As Markus Kitzmueller and Jay Shimshack note in a recent review article in The Journal of Economic Literature, virtually no research even tries to assess the comparative outcomes of private and public regulation.

Yet events in Bangladesh clearly show that corporate social responsibility campaigns can’t succeed on their own. Evidence that stronger public-private cooperation could lead to better outcomes is offered by the Cambodian garment industry, whose trade agreement with the United States made imports from the country conditional on improved labor standards enforced by the International Labor Organization in the Better Factories Cambodia program. This program, part of a larger Better Work initiative sponsored by the I.L.O., is now under way in nine developing countries.

Cambodia is no workers’ paradise. Indeed, the Better Factories program may have served to co-opt unionization efforts. A recent report by the A.F.L.-C.I.O., “Responsibility Outsourced,” offers withering criticisms of social auditing programs, especially those that don’t include union representation.

But the International Labor Organization’s program has a pro-labor reputation, and Cambodia’s regulatory regime seems to work better than that of Bangladesh, even though a recent ceiling collapse killed two workers in Cambodia. (Vietnam has also been described as an example of a successful “higher road” strategy).

Public-private partnerships to improve working conditions hold out at least some potential for improvement. The political scientist Richard Locke, looking back on his long and disappointing experience studying the voluntary labor standards adopted by Nike, also cites the I.L.O. program, asking, “If Cambodia can do it, why can’t Bangladesh?”

Peer-reviewed research by Gunseli Berik and Yana van der Meulen Rodgers offers evidence that trade-linked incentives can achieve improvements in working conditions without hindering export or job growth. Other research suggests that such efforts would be even more successful if they extended beyond apparel to other export industries.

The European Union is currently considering ways to use its rules on preferential trade treatment to arm-twist Bangladesh into doing better. In the United States, Democrats in the House of Representatives have pressed President Obama for even stronger action.

Bangladeshi workers themselves are having a more immediate impact. Widespread protests have forced the government to approve changes in the country’s labor laws that could facilitate unionization and consider increases in the minimum wage (currently about $38 per month).

Better to have a crummy, exploitative job than no job at all. Likewise, better to have corporate self-regulation than none at all.

Bangladeshi workers deserve better on both counts. So do we all. 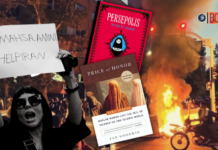 Turmoil in Bangladesh: Her future is uncertain

Will Modi’s own camp accept his I-Day advice?