Finance Minister AMA Muhith has said his government will invite global tenders within June for construction of the 6.15-kilometre long rail-road bridge on the mighty Padma River.

The tenders will be for three types of construction works including the core structure of the Padma bridge.

At a pre-budget discussion on Tuesday, Abul Maal Abdul Muhith said work for the project’s tender would begin from where it got stuck.

“Tenders for constructing the main bridge, river training and consultancy work will be floated within next month (May). If delayed, the process could spill over into the first week of June,” Muhith said.

He said a ‘black listed’ company will be excluded from the tender process.

The Minister said the government had already approved tenders for constructing the connecting bridge at Jajira Point. A contractor for the Mawa Point would be appointed soon, he said.Muhith reiterated the government would construct the bridge with its own funding but, he said, if the Japan International Cooperation Agency (JICA) and Asian Development Bank (ADB) wanted, they would be welcome to come back to the project.

Both the ADB and JICA pulled out of the project on Feb 2 after the government retracted its request for funding to the World Bank. Between them, the two were to provide $ 1 billion for the project.

The Washington-based lender and the government locked horns over corruption allegations on awarding the project consultancy.

Finance Minister Muhith said Tk 23 billion had been allocated in the budget of the current fiscal.

Muhith said $200 million Indian grant had been set aside for the project and added that it would be possible to collect another $1 billion from the international market through sovereign bonds.

He said the design of the bridge would have to be ‘slightly altered’ due to the loss of time. 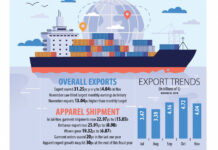 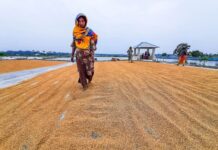