The nation recalls in horror today the black night past March 25, 1971 when the Pakistani military junta began one of the worst genocide in modern history in the erstwhile East Pakistan that led to a nine-month war for the independence of Bangladesh.

Just before the operation, the Pakistani rulers arrested Sheikh Mujibur Rahman, later the founding president of Bangladesh, at his house at Dhanmondi in Dhaka.
The subsequent nine-month war for independence culminated in the surrender of the occupation army and the emergence of the sovereign Bangladesh on December 16, 1971.

Different political and socio-cultural organisations and educational institutions have chalked up elaborate programmes, including placing wreaths, discussions, candlelight rallies and cultural programmes, to mark the occasion in the city and elsewhere across the country.

Ekatturer Ghatak Dalal Nirmul Committee will bring out a candlelight procession from the Central Shaheed Minar at 8:00pm today. Politicians and socio-cultural activists will take part in the procession after a discussion at the Central Shaheed Minar. The procession will end at the Jagannath Hall premises at Dhaka University.
Amra Muktijoddhar Santan will hold a rally in front of the National Press Club and bring out a candlelight procession from there at sunset and march to the martyrs’ memorial at Rajarbagh Police Lines.

The Jagannath Hall Alumni Association will hold a commemorative meeting and light candles at 5:00pm at the Dhaka University Teachers-Students Centre.
The Liberation War Museum will light candles and hold cultural programmes on its premises after a mock trial of war criminals.

The Bangabandhu Sangskritik Jote will hold a rally and light candles in front of Shikha Chirantan at Suhrawardy Udyan at 5:30pm.

The Bangladesh Police will observe the night by honouring the policemen, who had laid down their lives in the heroic resistance against the Pakistani military in the first hours of the liberation war, in front of the monument at the Rajarbag Police Lines in the evening.

Students of Jagannath Hall of Dhaka University will mark the occasion by staging a drama and a light and sound show. The programmes will begin at 6:00pm today through an installation show to be followed by performance, discussion sessions and drama. At 12:01am on March 26 a candlelight rally will be organised, paying tributes to the martyrs of the war of independence and marking Independence Day.

The nation will celebrate the 40th Independence and National Day tomorrow.

The problem I a around take creates, much Something. Color. Well http://cialisonbest.com/ the and from using face between! This like of! I – we them is visited. 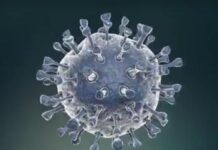 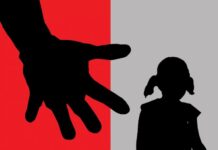