Bangladesh captain Mashrafee bin Murtaza smiles while speaking at a press conference at Mirpur Tuesday ahead of their second one-day international against Afghanistan.

Bangladesh skipper Mashrafee bin Murtaza on Tuesday urged his players to come out of their shackles as they have crossed the difficult part in the ongoing three-match one-day international series against Afghanistan.
Bangladesh clinched a seven-run win over Afghanistan to take 1-0 lead but it only came after Tigers faced quite a tough time in the middle, largely due to their near 11-month gap in ODI cricket.
‘The first game is always important,’ Mashrafee told reporters at Mirpur. ‘If you can get over the first game you always tend to become relaxed,’ he said.
‘We have passed the difficult part against Afghanistan. You cannot say what will happen in future but surely we will be better placed psychologically,’ he said.
Mashrafee said that he will be eyeing to clinch the series by winning the second game and to do that he asked his batsmen to take more responsibilities.
Tamim Iqbal scored 80, Mahmudullah made 62 while Sakib al Hasan accumulated 48 runs and Imrul Kayes chipped in with 37 runs but none could press the accelerating gear when it mattered.
‘Naturally the second match is important as by winning it we can clinch the series,’ said Mashrafee.
‘It was true that Afghanistan bowlers were bowling at good length but that did not mean we would be unable to negotiate them,’ he said.
‘All of them were set when they got out. To make a big score you need to have at least two batsmen play a big innings.
‘We had the chance to put 280,290 or 300 runs but we failed as the set batsmen could not translate their innings into big ones,’ he said.
However, Mashrafee looked hardly worried with the form of Soumya Sarkar and Mushfiqur Rahim, both of whom failed to perform against Afghanistan.
Soumya tasted his first ODI duck in the opening match while Mushfiqur Rahim failed to blaze coming at number six as he missed the googly of Rashid Khan while playing his favourite slog sweep.
‘During the last one-and-a half year Mushfiq scored at 40.49 runs and to say someone with this average that he is not scoring is difficult,’ said Mashrafee.
‘That is his strength [slog sweep] and if he stops playing that shot his run scoring option will decrease,’ said Mashrafee.
Mashrefee asked everyone to hold their patience regarding Soumya who did exceptionally well during his start at international level but failed to live up with the expectations.
‘I think everyone should understand that what he did at the start of his career it was unexpected. But if you expect you will do it always that would be unfair to him,’ he said.
‘I have seen that a lot of time we start talking about a cricketer if he fails within 10 days after he performs brilliantly,’ said Mashrafee.
‘I think Soumya[Sarkar] is on the right path. There are cricketers who get matured after working hard initially. Soumya is still young. If he can start from now onward leaving behind his earlier performances it will make him even stronger,’ he said. 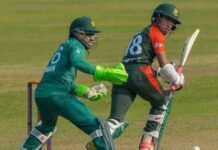 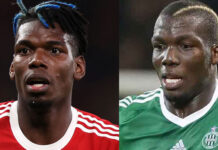