Jamaat-e-Islami has called a 6am-6pm Bangladesh-wide shutdown for Sunday, to register its protest against the death penalty for Mohammad Kamaruzzaman.

Barely an hour after Hifazat-e Islam withdrew its call for general strike, Jamaat’s acting Secretary General Rafiqul Islam Khan told bdnews24.com that the party rejected the judgement and therefore calling for the strike.

“This judgement aims at killing the Jamaat leadership,” the party leader said in a statement.

”The tribunal acted as per government order and the verdict is politically motivated,” it added. 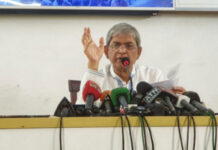 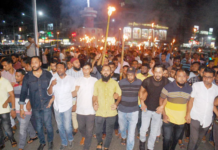 Why the new bout of Jamaat arrests?

Lies over Motijheel crackdown may cause image crisis: Dipu