Tigers may not be the strongest side in Test cricket but possess a backroom with unique knowledge about the Australia side that will be touring Bangladesh.

Coach Chandika Hathurusinghe had spent three years with New South Wales (NSW) – two as assistant coach and one as interim head coach – from 2011 to 2014. He coached the Sydney Thunder for a single season after that.

Throw in former NSW batting coach Mark O’Neill as a batting consultant and the expected arrival of Stuart MacGill as a spin-bowling consultant and you’d be hard pressed to find a team outside of Australia with as much Australian insight – not even the Trevor Bayliss-coached England, reports foxsports.com.au.

Meanwhile veteran leg-spinner Stuart McGill, who is the Tigers’ new bowling coach is set to arrive in Dhaka before Australia’s two-Test tour – is one of NSW’s greatest ever and have mentored their chief spinner Nathan Lyon during the latter’s formative years in Test cricket.

However, Hathurusinghe does not believe he knows the secret to stop the Australians or is better placed than any other coach when it comes to finding a hole in their technique.

“Whether you are involved with them personally, nowadays there’s so much information available [about a player’s technique],” Hathurusinghe told foxsports.com.au.

“In the end it’s whether or not you have the ammunition or skill set to exploit what you know from that information.

“What you get from working with them is knowing their psyche, their mentality and how they approach the game. What makes them tick and what irritates them.

“If you work with some of the team and some of the players long enough you get to know them. That’s the advantage.”

However, knowing how the Australians think and being able to make the most out of it are two different things and Hathurusinghe has the nous to acknowledge that aspect.

“It’s very hard to pinpoint just what is going to unsettle them,” Hathurusinghe admitted.

“But at least you can discuss Australia’s approach with the team.

Bangladesh are looking to continue on their path of recruiting coaches with inside knowledge on the opposition, suggests the foxsports.com.au report.

Bangladesh brought in Thilan Samaraweera last year as batting consultant and it helped register first win against an opponent from subcontinent away from home.

Bangladesh will be hoping the inside knowledge on their opposition helps them in the upcoming Tests against Australia. 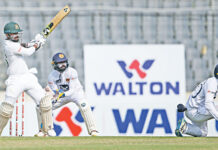 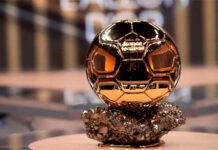 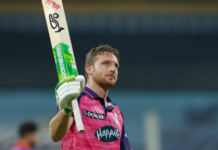