Twenty-seven of the 28 national EU ambassadors to Beijing have compiled a report that sharply criticizes China’s “Silk Road” project, denouncing it as designed to hamper free trade and put Chinese companies at an advantage.

The report, seen by Handelsblatt, said the plan, unveiled in 2013, “runs counter to the EU agenda for liberalizing trade and pushes the balance of power in favor of subsidized Chinese companies.”

The unusually biting contents, which only Hungary’s ambassador refused to sign, are part of the EU’s preparations for an EU-China summit in July. The EU Commission is working on a strategy paper to forge a common EU stance on China’s prestige project to build roads, ports and gas pipelines to connect China by land and sea to Southeast Asia, Pakistan and Central Asia, and beyond to the Middle East, Europe and Africa. The new Silk Road will run through some 65 countries in six economic corridors.

“We shouldn’t refuse to cooperate but we should politely yet firmly state our terms,” said one high-ranking EU diplomat, adding that Chinese firms must not receive preferential treatment in the awarding of public contracts.

One German economics ministry official said the Silk Road initiative “must take account of the interests of all participants” and was still a long way off.

Chinese politicians have been banging the drum for the vast project, officially called “One Belt, One Road”. They’re mobilizing around $1 trillion in what would be the biggest international development program since the US launched the Marshall Plan after World War Two.

“China’s ‘One Belt, One Road’ will be the new World Trade Organization – whether we like it or not,” CEO of German industrial giant Siemens, Joe Kaeser, told the World Economic Forum in January.

In their report, the ambassadors wrote that China wanted to shape globalization to suit its own interests. “At the same time the initiative is pursuing domestic political goals like the reduction of surplus capacity, the creation of new export markets and safeguarding access to raw materials,” it read.

They warned that European companies could fail to clinch good contracts if China isn’t pushed into adhering to the European principles of transparency in public procurement, as well as environmental and social standards.

EU officials said China was trying to divide Europe to strengthen its hand in relations with individual member states. Countries such as Hungary and Greece, which both rely on Chinese investment, have in the past shown they’re susceptible to pressure from China.

Whenever European politicians travel to China nowadays they’re put under pressure by their hosts to sign agreements for the joint expansion of the Silk Road. “This bilateral structure leads to an unequal distribution of power which China exploits,” their report said.

The Silk Road isn’t the only issue between the EU and China right now. Like US President Donald Trump, the EU is also fed up with the obstacles China has put up for foreign investors, including the forced transfer of know-how to Chinese partners.

But the bloc isn’t resorting to one-sided tariffs to push China to open its markets. Instead, it’s working in an investment agreement with China. Progress has been painfully slow, but the EU hopes the looming global trade war may speed up the talks. Negotiators from the two sides plan to meet this week.

One EU diplomat said China was very good at exploiting grey areas in WTO law on the protection of intellectual property, for example, and didn’t shy away from breaking rules. “When we point that out to our Chinese negotiating partners they always show a lot of understanding but in reality hardly anything changes,” the diplomat said.

In a speech last week, President Xi Jinping said the Silk Road project “isn’t a Chinese conspiracy as some people abroad claim.” China, he insisted, has no intention of playing “self-serving geopolitical games.”

However, China has yet to provide exact information on which foreign firms have so far directly benefited from the Chinese development program. The $40 billion Silk Road Fund was set up in 2014 to invest in countries along the road but it’s unclear who is eligible for investment, and on what terms.

A German study released in February by the government’s GTAI foreign trade and investment marketing agency and the Association of German Chambers of Commerce and Industry concluded that the Silk Road project was often focused on politically unstable countries with uncertain legal frameworks. GTAI’s managing director said that around 80 percent of projects funded by Chinese state banks had gone to Chinese companies in the past.

German government papers seen by Handelsblatt indicate that China isn’t interested in transparency when it comes to procurement. Last May, when former Economics Minister Brigitte Zypries traveled to Beijing for the grand launch of the Silk Road initiative, she and other EU officials were meant to sign a joint declaration with the Chinese government. It didn’t happen.

The Europeans wanted to change much of the agreement’s wording, saying it should guarantee “equal opportunities for all investors in transport infrastructure” as well as international standards of transparency.

The Chinese refused to incorporate any amendments. 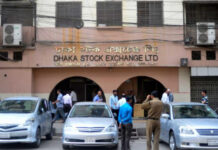 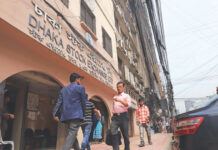 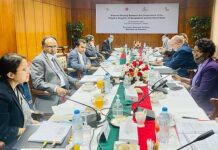 On Investing In Bangladesh’s Stock Markets With Shahidul Islam