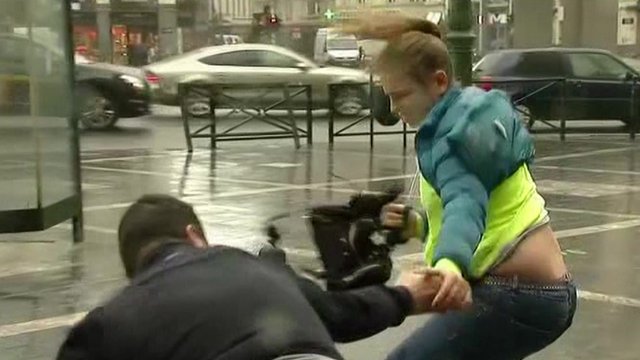 Footage from Brussels shows pedestrians struggling against the winds, while elsewhere in Belgium buildings have been damaged and lorries pushed over

A storm battering north-western Europe has killed eight people – four of them in southern England.

Two people died when their car was crushed by a falling tree in Gelsenkirchen, in western Germany. Two children in the car were injured.

In Brittany, western France, a woman was swept out to sea. And in the Dutch city of Amsterdam a tree felled by the wind crushed a woman by a canal.

Many trains were cancelled in and around London and in north Germany.

In many cases in the UK fallen trees had to be cleared from railway lines.

At least 50 flights have been cancelled at Schiphol airport in the Netherlands, and the German broadcaster ARD says there are severe delays at Hamburg airport.

In the UK as many as 600,000 homes suffered power cuts, though many were later reconnected.

Power cuts also hit 42,000 homes in northern France, and at Belle-Ile in Brittany a woman was swept into the sea from a cliff. 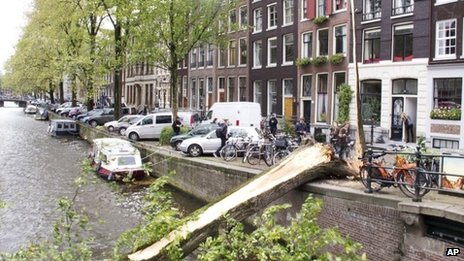 A woman was crushed to death in Amsterdam 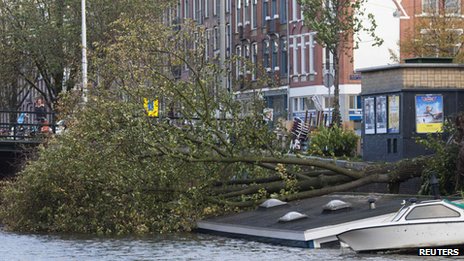 On another Amsterdam canal a tree crashed onto a houseboat, sinking it 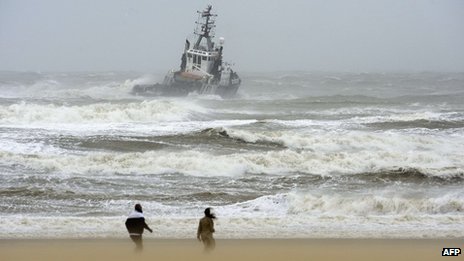 Dutch resort of Scheveningen: In many places police advised people to stay indoors 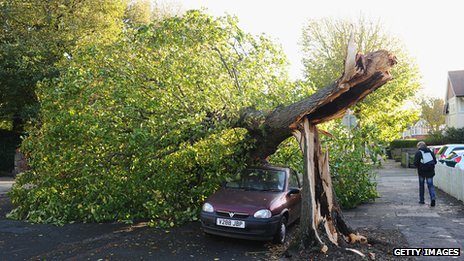 Hove, UK: There was damage across southern England from toppled trees 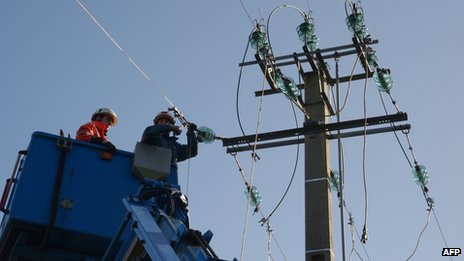 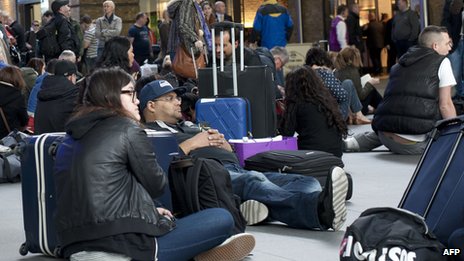 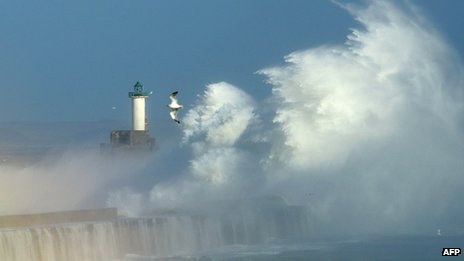 German authorities have halted all local trains in Schleswig-Holstein, as well as the Hanover-Bremen service and north-bound trains from the state of North Rhine-Westphalia.

Emergency services in Denmark and Sweden have issued storm warnings, as Scandinavia faces winds gusting at about 100mph (162km/h).

The storm system deepened as it crossed the North Sea, the BBC Weather Centre says. One site in eastern Denmark, Kegnaes, reported a gust of 115mph mid-afternoon.

At 1700 GMT the storm was centred on Gothenburg in western Sweden.

Along Germany’s North Sea coast many ferries were confined to port and shipping on the Elbe was also disrupted, ARD reported.

Earlier, two P&O ferries held in the English Channel because of the storm made it to port.

A P&O spokesman told the BBC that Dover port had reopened and the ferries had arrived. “The service is getting back to normal,” Brian Rees said.

Two P&O ferries, carrying more than 400 people, put in temporarily at Deal, east of Dover, to shelter from the wind, Mr Rees said.

Earlier a Calais port official said two ferries were “blocked” due to the closure of Dover port, one carrying 398 passengers and the other 65.

No trains are leaving the stations in Lille, northern France, the TF1 news website reports.

The storm swept across Brittany and Normandy early on Monday, felling trees and knocking out power lines in some places.

A big banner on the European Commission building in Brussels – the Berlaymont – was shredded by the wind.