Medics are looking out for signs of mucormycosis in patients after a rise in cases of the rare but potentially fatal infection.

Why you can trust Sky News

Hospitals in India have reported a rise in “black fungus” found in COVID-19 patients – as doctors warned people against using cow dung in the belief it will ward off the virus.

The Indian government has told medics to look out for signs of mucormycosis in coronavirus patients following an increase in cases of the rare but potentially fatal infection.

Latest COVID updates from the UK and around the world

The disease can lead to blackening or discolouration over the nose, blurred or double vision, chest pain, breathing difficulties and coughing blood.

It is strongly linked to diabetes, which can in turn be exacerbated by steroids, such as dexamethasone, used to treat severe COVID-19.

Manchester University professor David Denning, an expert in fungal infections, told Reuters there have been cases reported in several other countries including the UK, US, France, Austria, Brazil and Mexico.

“The volume is much bigger in India,” he added.

“And one of the reasons is lots and lots of diabetes, and lots of poorly controlled diabetes.”

Doctors in India treating COVID patients and those with diabetes and compromised immune systems have been told to watch for early symptoms, including sinus pain or nasal blockage on one side of the face, one-sided headaches, swelling or numbness, toothache and loosening of teeth.

Meanwhile, Indians have been warned against the practice of using cow dung in the belief it will ward off COVID-19.

In the state of Gujarat in western India, some people have been going to cow shelters once a week to cover their bodies in cow dung and urine in the hope it will boost their immunity, or help them recover from the disease.

Dr J. A. Jayalal, national president at the Indian Medical Association, said: “There is no concrete scientific evidence that cow dung or urine work to boost immunity against COVID-19, it is based entirely on belief.”

Gujarat is one of the places said to have recorded cases of mucormycosis, according to media reports, along with Maharashtra and its capital Mumbai.

Indian authorities have not published national data on mucormycosis but insist there is no major outbreak. 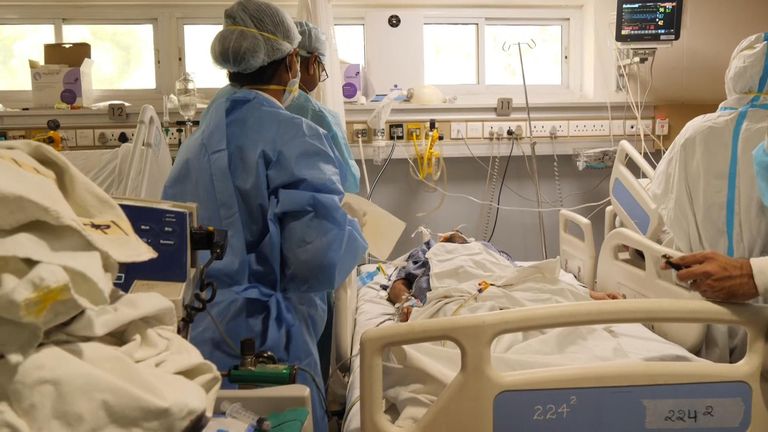 P Suresh, a doctor working at Fortis Hospital in Mumbai, said it had treated at least 10 such patients in the past two weeks – roughly twice as many as in the entire year before the pandemic.

He said all had been infected with COVID-19 and most were diabetic or had received immunosuppressant drugs. Some had died, and some had lost their eyesight.

Other doctors spoke of a similar surge in cases.

Nishant Kumar, a consultant ophthalmologist at Hinduja hospital in Mumbai, said: “Previously if I saw one patient a year, I now see about one a week.”

It is an added complication for India’s overwhelmed hospitals, which are desperately short of beds as well as the oxygen needed for severely ill COVID-19 patients.

India has the world’s highest daily average number of new COVID deaths – accounting for one in every three fatalities reported worldwide each day.

Nearly 23 million coronavirus infections have been recorded in the country, with almost 250,000 deaths.

The World Health Organisation (WHO) said the COVID variant first identified in India last year is being classified as a variant of global concern, with some preliminary studies showing that it spreads more easily.

Maria Van Kerkhove, from the WHO, told a briefing: “There is some available information to suggest increased transmissibility.” 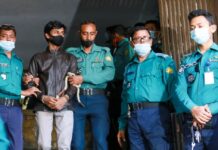 ‘Tarique, Coco to be brought back’