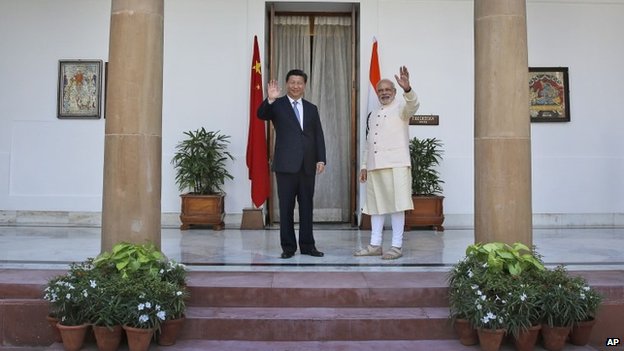 India and China have signed 12 agreements in Delhi, one of which will see China investing $20bn (£12.2bn) in India’s infrastructure over five years.

At a news conference with Chinese President Xi Jinping, India’s PM Narendra Modi said “peace on the border” was important for progress.

China is one of India’s top trading partners but they vie for regional influence and dispute their border.

Mr Modi and Mr Xi made separate statements at the end of their talks in Delhi on Thursday.

Under the investment plans, China pledged to:

Mr Modi called for an early settlement on the disputed common border between the two countries and said the “true potential of our relations” would be realised when there was “peace in our relations and in the borders”.

The BBC’s Andrew North in Delhi: “Almost everything they sell in this market store is made in China”

There have been reports in the Indian media of Chinese troops trying to construct a temporary road into Indian territory across the Line of Actual Control (the de facto boundary) in the disputed Ladakh region over the past week.

Mr Xi said he was committed to working with India to maintain “peace and tranquillity” on the border.

“China-India border issue is a problem which has troubled both sides for long… As the area is yet to be demarcated, there may be some incidents,” he said.

The face-off between Chinese and Indian troops along their disputed border is being widely reported in India, with some suggesting that it could derail talks between the two countries. That is highly unlikely.

The border dispute is an old one, dating back to 1914 when Britain, India’s former colonial power, signed an agreement with Tibet making the McMahon Line the de-facto border between the two countries. China has always rejected this.

Both sides also claim each other’s territory – India, the Aksai Chin region of Kashmir and China refuses to recognise Ladakh and Arunachal Pradesh as part of India.

There have been several incursions of Chinese troops across the border in these areas which have been highlighted by the Indian media. Diplomats from both sides, however, play down these transgressions. The simple fact is that there are differing perceptions on where the border lies – what India believes is Chinese troops crossing into their territory is seen by Beijing as the exact reverse: Indian troops occupying Chinese land.

It is extremely unlikely that these confrontations will lead to an outright conflict or even sour ties between the two countries. But they do reflect the suspicion and distrust that exist on both sides of the border.

Mr Xi began his visit in Gujarat, the home-state of Mr Modi, on Wednesday, before heading to Delhi. 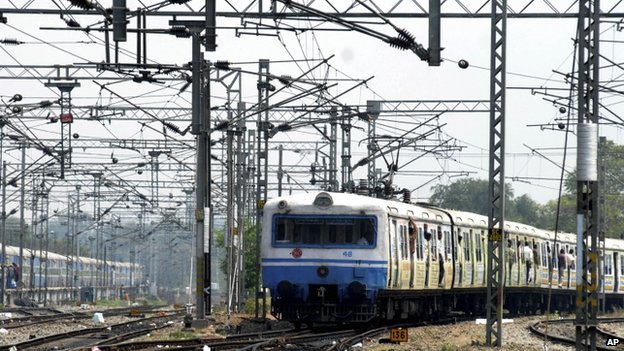 On Wednesday, the two sides signed several agreements, including one to set up a Chinese-backed industrial park in Gujarat.

Indian and Chinese companies have also signed preliminary deals worth more than $3bn (£1.8bn) in aircraft leasing and telecoms, among other sectors.

Despite the continuing tensions, trade between India and China has risen to almost $70bn (£43bn) a year, although India’s trade deficit with China has climbed to more than $40bn from $1bn in 2001-2002.